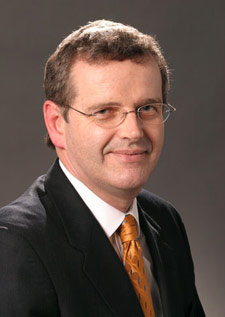 David is a barrister and a partner with the national US law firm of Drinker Biddle & Reath LLP, concentrating his practice on international corporate transactions, advising foreign companies and institutions establishing operations in the US, and US companies and financial institutions on their overseas operations, with specific emphasis on England, the EU, Middle East, Australia and India. He has lived and practised law in England, Saudi Arabia and the United Arab Emirates in addition to the USA. Following his degree at Kingston, David was called to the English Bar in 1979, studied Arabic at King Saud University, Riyadh in 1981 and then completed his legal education at the Chicago-Kent College of Law and was admitted to the Bar of Illinois in 1990.

He is a founding member, director and chairman of the British-American Business Council. David sits as an arbitrator on major international cases and is a door-tenant at Hogarth Chambers, Lincoln's Inn, London. He also serves as the Honorary Legal Adviser to the British Consul-General in Chicago. In 2003 David was awarded an OBE in recognition of his services to British business interests and the British community in the USA.

"Studying at Kingston gave me the grounding I needed to embark on a career in international law and enabled me to live and work in places that many people can only dream about. Every day is different – as it was at Kingston!"