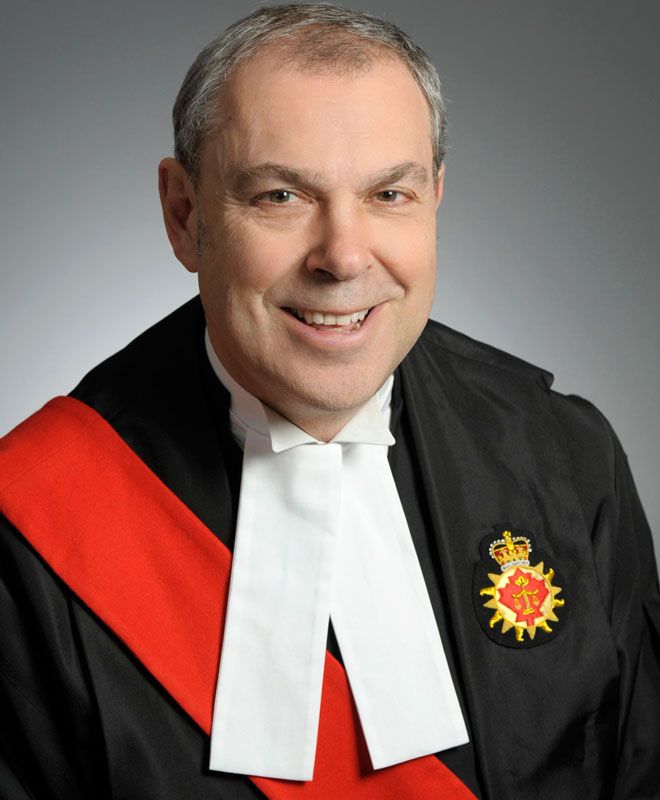 Graeme is a judge of the Ontario Superior Court of Justice (Toronto) and former transatlantic lawyer. He is best known for his work as a sports arbitrator, including serving as an Appeals Officer at the 2003, 2007 and 2011 Rugby World Cup tournaments and as a member of the ad hoc panel of the Court of Arbitration for Sport at both the Commonwealth Games in New Delhi plus the London Olympic Games 2012. He was President of the Commonwealth Lawyers Association from 2005-07.

Following his degree at Kingston and a term as President of the Students' Union, he completed his legal education at the Inns of Court School of Law in London and the University of Windsor in Canada. He was called to the Bar of England and Wales in 1982 and, subsequently, to the Ontario Bar and the British Columbia Bar.

As well as his sports law, mediation and arbitration activities, he had a busy practice as an advocate in Canada. Prior to his appointment as a judge, he was recognised as a leading practitioner in the fields of commercial insurance litigation, professional liability and international commercial arbitration. He has also written a book, The Law of Limitations.

"There's no doubt that Kingston set me on my way and gave me the confidence to think for myself. What I learned about the paramount importance of the rule of law has guided my course through life and the law ever since."