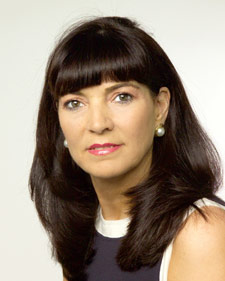 Maureen started her career as graduate trainee at J Walter Thompson in the early 1980s and was steadily promoted to reach the post of Director of Strategic Communication. In 1998 she moved to BBC television to set up a marketing department and won a number of awards for her work on shows such as EastEnders and Walking with Dinosaurs. In 2000, after completing the Advanced Management Programme at Harvard, she became commissioner for ITV daytime programming.

From 2003 to 2011 Maureen wad head of the Newspaper Marketing Agency, which provides compelling research to encourage the use of newspaper advertising.  In 2012 she was appointed as CEO of TNS (now Kantar UK), with a mandate to turn around the organisation.  Since leaving TNS in 2015, Maureen has served as a Trustee of NatCen Social Research and is now retired.

"Kingston was a great start to my career in business, providing me with a strong understanding of business concepts and theoretical frameworks which I then went on to use in a variety of roles. It also instilled in me the importance of life-long learning."