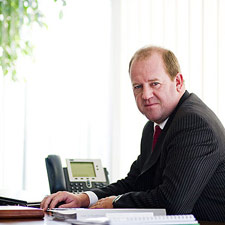 Mel Ewell has held a number of executive positions across a wide range of sectors. He began his career in various sales roles, and in 1990 he moved to logistics company TNT, rising to the position of Managing Director of TNT International, UK & Ireland. In 1999 Mel was appointed Managing Director of ADI Group and to the Board of the European Business, with responsibility for aviation services and growing the business in other markets. Following the acquisition of ADI by Securicor, Mel led the merger of the UK operations of each company.

Mel joined Amey in 2001 and became chief executive in 2003. Under his tenure, he successfully guided Amey through its sale to Ferrovial and into profitability. In 2016, Mel retired from Amey, having transformed it into one of the UK's largest engineering and infrastructure companies – delivering and constructing vital projects across the UK including key road and rail such as the electrification of the Great Western Mainline and the maintaining the iconic Forth Road Bridge in Scotland.

Mel is a member of the board of a diverse range of organisations, including the Manufacturing Technology Centre, London City Airport, HS2 Ltd, and the Duke of Edinburgh's Award.

"Kingston was pivotal in preparing me for my life and career. I remember being inspired and challenged to discover something new every day; a habit that has stayed with me."