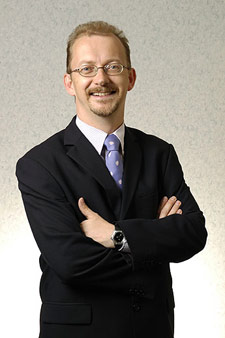 Richard is a former CEO of NATS, which provides air traffic control services to aircraft flying in UK airspace and over the eastern part of the North Atlantic. During 2010, NATS handled some 2.1 million flights carrying around 200 million passengers, in addition to carrying out advanced research and development and providing world-class training for air traffic controllers and engineers.

Richard began his career as an apprentice at BAE Systems in Kingston, followed by other roles with leading aerospace companies. He joined Thales UK in 2004 as Managing Director of the Aerospace Division, and was responsible for the £700 million Watchkeeper Unmanned Air Vehicle programme for the UK armed forces, along with a wide range of other high tech programmes, including satellite communications and radar systems. As Senior Vice President of Thales' Air Systems Division until 2010, he was responsible for over 7,000 employees around the world and a turnover of £1.5bn.

In 2016, Richard was invited by the Department for Business, Energy and Industrial Strategy to join their Drone Industry Action Group, the primary collaborative forum between government and industry regarding autonomous flight beyond visual line of sight. Richard is a chartered engineer and a Fellow of the Royal Aeronautical Society.

"I greatly appreciated my time at Kingston and it provided me with an excellent academic environment which boosted my personal and professional development. I would recommend Kingston University to any future aeronautical engineering student and I'm delighted to be associated with the wall of fame."