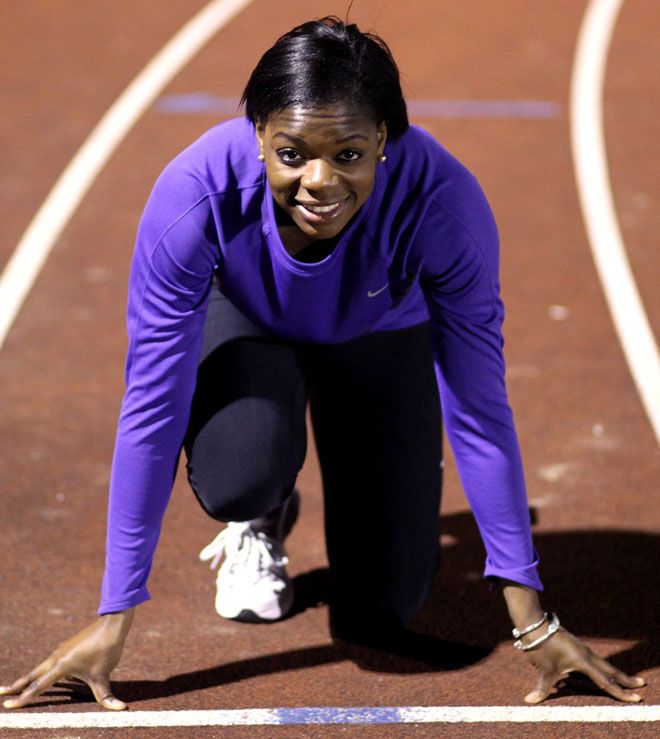 Asha has represented Great Britain at a host of international events, winning medals at European and World Championships and at the Olympics.

A former world champion on the double-mini trampoline, at the age of 16 Asha became Britain's first woman to achieve a global 100m title by taking Gold at the 2007 IAAF World Youth Championships. Later that year, a serious injury during a competition led doctors to predict that Asha, from east London, would never compete at an elite level again in either sport. However, Asha defied the odds, learned to walk again and returned to training in 2011, finishing top of the 100m UK rankings by the following year.

"My time at Kingston really helped me, especially my strength and conditioning coach at the University's fitness centre, who trained me while I was there. Also, my lecturers were fantastic and helped me to fit my timetable around racing and travelling. The University's sports performance programme was useful too. I still miss Kingston as I had such a great time there."