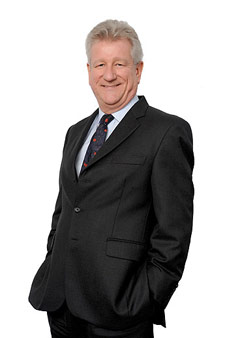 Jonathan is a Chartered Engineer and previously served as Regional Director for Rolls-Royce SE Asia covering activities in the company's four core sectors: civil aerospace, defence aerospace, marine and energy. He joined Rolls-Royce from Siemens AG in 1995, where he was Head of the Regional Competence Centre for Industrial Power, Asia Pacific, based in Kuala Lumpur, having worked for Siemens in Germany, the USA, China and Malaysia for 15 years.

"My time at Kingston prepared me well for my career. The mix of theory and practice was just right for me and I was extremely surprised and delighted to be awarded the 1978 outstanding student of my graduation year at HND level before being encouraged by my lecturers to go on to degree level. Being awarded an Honorary Doctorate of Science in 2010 was equally thrilling, and has rekindled my association with the University."