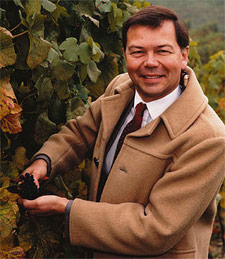 Professor Richard Selley is one of the world's foremost authorities on the application of geology to petroleum exploration and production. He spent several years working for oil companies in Libya and Greenland, and was a member of Conoco's exploration team which discovered the Lyell, Murchison and Hutton fields in the North Sea. After graduating from Kingston, he was accepted as a research student at Imperial College London, rising to Head of Geology, and has spent much of his career there.

Richard has published more than 70 papers and many books, and has provided consultancy in a wide range of countries, including Australia, the USA, Saudi Arabia, Morocco, Indonesia and Vietnam. He was awarded the Murchison Fund (1975), the Petroleum Group Silver Medal (2003) and the Coke Medal (2010) of the Geological Society of London; has been a Distinguished Lecturer of the Petroleum Exploration Society of Australia; received a Certificate of Merit from the American Association of Petroleum Geologists; and was a Visiting Research Fellow at the Natural History Museum. He is an Honorary Member of the Petroleum Exploration Society of Great Britain, and has served on its council, in addition to those of the Geologists' Association, the European Federation of Geologists, and the Geological Society of London.

Richard has also applied his geological knowledge to viticulture. He identified the chalk of the North Downs at Dorking in Surrey as ideal for a vineyard, and Denbies is now one of the largest vineyards in Europe, famous for its prize-winning wines. He has also mapped the impact of past and future climate change on UK vineyards.

"Our studies at Kingston centred on an old converted sausage van. Every summer this would be loaded up with camping gear and we'd set off for Wales, the Lake District or Scotland. Easter field trips alternated between Gloucester and Dartmoor. This old van also took us up to London's Piccadilly, to hear lectures at the Geological Society and Geologist's Association. At Imperial, I quickly learned that in debate I could speak with the authority of someone who had actually seen the rocks under discussion, and heard the experts lecture on them. It's no wonder Kingston geology graduates have acquired such a fearsome international reputation and occupy many senior positions in companies around the world."