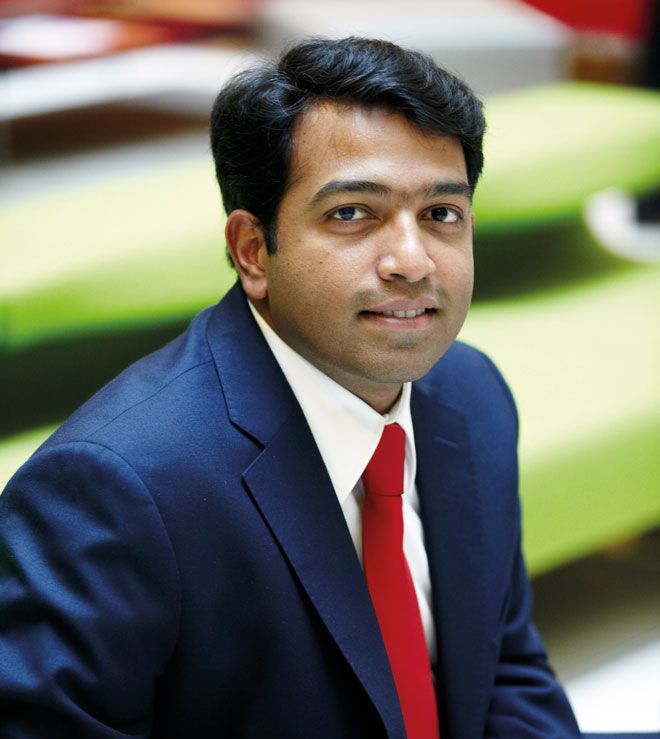 Yoganathan Ratheesan (Ratheesh), co-founded the Lebara Group in 2001 when he was 25, after drafting a quintessential back-of-a-napkin business plan on the way home from Norway. Lebara became one of Europe's fastest growing communication companies with 5 million active customers, over 1,000 employees and operations in eight countries. Following the sale of Lebara in 2017, Ratheesh now leads LBR Investments which manages a diversified range of interests with a mixed portfolio of direct and co-investments.

A strong believer in supporting young entrepreneurial talent, he officially launched "The Entrepreneurial Way" at Cass Business School in 2012, and in 2014 was nominated to join the World Economic Forum of Young Global Leaders.

Ratheesh and his co-founders are committed to giving back to communities through the LBR Foundation. Established in 2008, the Foundation has donated over US$15 million to help protect and educate more than 200,000 disadvantaged children in 11 countries. The LBR Foundation supported UNHCR to help aid efforts in the wake of Typhoon Haiyan in the Philippines and acquired 30 acres of land to build a school for 1,000 disadvantaged children in Tamil Nadu, India.

"I left Kingston enriched in learning and life – a vital foundation for being successful."