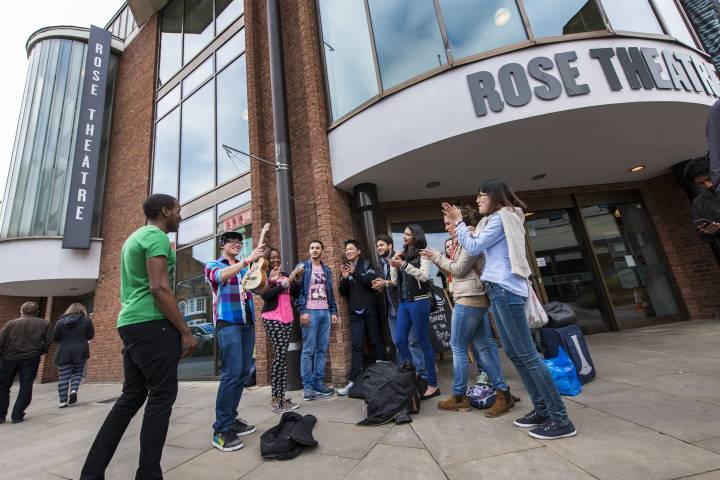 The well-established lunchtime jazz concerts are back for another series. Come along for a free concert over your lunch break, grab a coffee and some food and let the music take you away!

Saxophonist and composer, Vasilis is a young star of the London Jazz scene. Originally trained at the infamous Berklee College in Boston MA, after having lived in the capital for eight years, he's a highly in demand musician with over 270 performances a year.

Vasilis has appeared at The London Jazz Festival, Ronnie's Scotts, British Jazz Foundation Festival, Ealing Jazz Festival, The Bulls Head, The 100 Club, The Spice of Life and a variety of jazz venues around Europe and the UK.