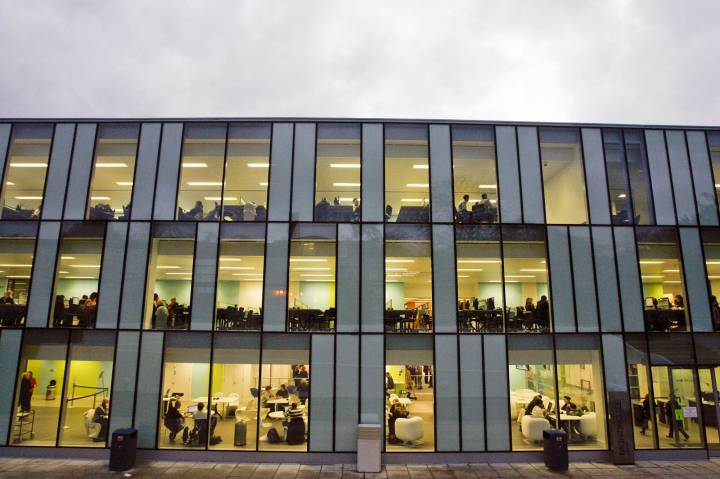 A graduate conference in the critical humanities

"The present epoch will perhaps be above all the epoch of space." - Michel Foucault 'Of Other Spaces'

"Oh God! I could be bounded in a nutshell and count myself a king of infinite space." - Hamlet

Foucault's assertion that the present epoch will be one of space immediately evokes the temporal. Whether we consider our epoch as modern, postmodern, or as nonmodern, the philosophical treatment of space has been subordinated to time. Elizabeth Grosz has suggested that philosophy could draw on architecture to consider itself as a form of building or dwelling rather than as reflection of thought, evoking the spatial already implied by Heidegger. Occupy Wall Street and other recent anti-establishment protests in Brazil and Istanbul have been defined by journalist Bernardo Gutierrez as forming 'a new architecture of protest', convened by networks of consensus rather than dominant groups and ideology. Current theories and practices surrounding geopolitics, metamodelling, neuroscience, cartography and choreography support this growing emphasis on spatiality - whether focusing on produced space, social space and spaces of resistance, imaginary and poetic space, psychoanalytical and embodied space, sovereign space, performative space, digital space and/or virtual space.

This conference invites interdisciplinary approaches to the spatial. In particular we are interested in how thinking spatially or spatial practices reveal and open up disruptive, subversive or minoritarian fields within already existing discourses, be they philosophical, political, cultural or aesthetic. As Foucault has done in defining heterotopias, and as Edward Soja shows us through the idea of 'thirding as othering', it aims to rupture not only the particularities of those discourses, but the very possibility of thought itself through challenging existing borders, boundaries, horizons, surfaces and planes.

We welcome proposals from all approaches including but not limited to: New Materialisms, Non-philosophy, Philosophy and Praxis, Cultural Studies, Political Theory, Geography, Architecture, Postcolonial Theory, Feminist and Queer Theory, Literature, Visual Cultures, and Art Theory and Practice, which consider space in the broadest terms. We also welcome proposals for practice based approaches and interventions.

Please send abstracts of no more than 300 words to lgscriticalspaces@gmail.com by Friday 31 October 2014.