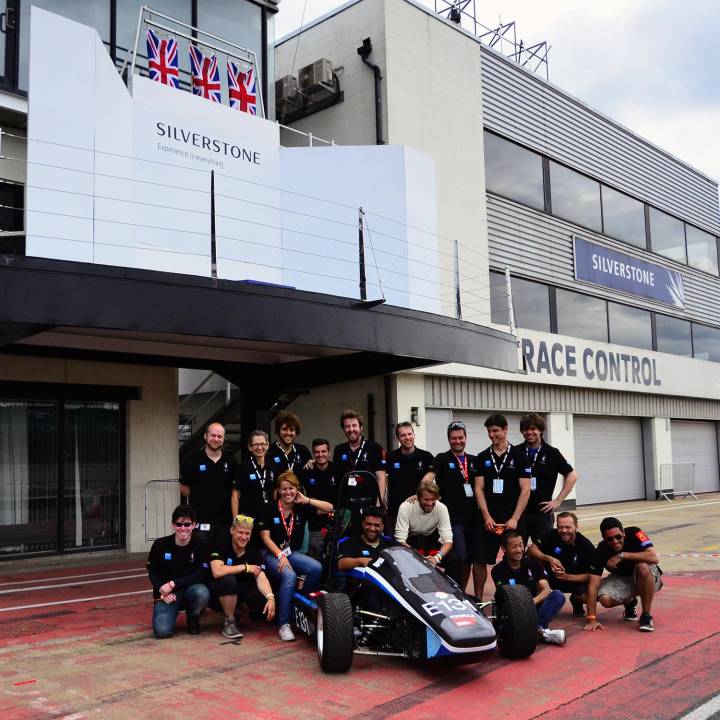 The Kingston University e-Racing teams will be displaying the electric Formula Student Car and the electric TT Race Bike in Kingston Market Place on Saturday 18 October from 9.00am to 5.00pm.

The exhibition is run in partnership with the Royal Borough of Kingston's low carbon initiative and aims to raise awareness of alternative-energy fuelled vehicles and their potential use in future technologies.

e-Racing Team members will be in attendance to answer questions and share their thoughts on university life and the variety of engineering courses available at Kingston University.

The KU e-Racing team has seen huge success with the electric car and electric bike. In 2013, the Kingston car competed in the Formula Student competition with their first prototype, facing more than 90 teams from across the globe at Silverstone.

In 2014, Kingston produced the highest ranked UK electric team once again with the second prototype and competed in the Class-2 event for the first time, finishing 3rd in the electric car category.

The team have also achieved outstanding results developing electric bikes to compete in the Isle of Man Zero TT, finishing third and fourth overall. In 2013 the Kingston electric bike set the UK land speed record for an electric bike hitting speeds of 160mph!