Home > Events > All events > An audience with Helen Boaden, BBC director for radio

An audience with Helen Boaden, BBC director for radio 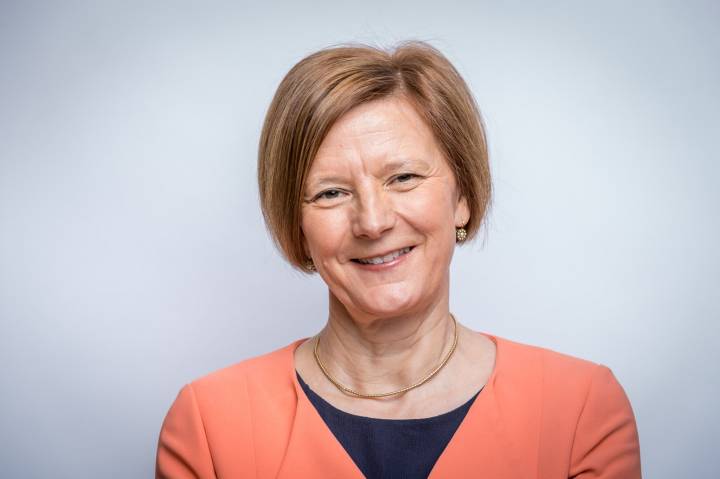 Helen Boaden is the BBC director for radio and a member of the BBC's executive board.

Helen has overall responsibility for BBC Radios 1, 2, 3, 4, and the digital stations 1Xtra, 6Music, BBC 4 Extra, and Asian Network. She also oversees the three BBC orchestras in England, the BBC Singers and the BBC Proms as well as classical and popular music television.

Helen took up her current role on 2 April 2013 following nine years at the top of BBC News, where she led transformation of the division into the world's largest impartial multimedia news organisation.

She has a long association with radio, starting her journalistic career on campus radio at the University of Sussex. There followed stints at Radio Tees and Radio Aire before she joined the BBC in 1983 as a news producer with Radio Leeds.

She regularly presented Woman's Hour from Manchester and produced and presented a range of features and documentaries for Radio 4. She reported on the BBC Two documentary programme Brass Tacks and presented a series for Channel 4. In 1997 Helen became head of business programmes and a year later she was also made head of current affairs; the first woman to do the job.

Her BBC career has been recognised with some of the top industry awards. As a reporter, she won the coveted Sony award for Best Current Affairs Programme for her report on Aids in Africa and was named Radio Industrial Journalist and Campaigning Industrial Journalist of the Year by the Industrial Society in 1990 for her investigation into safety standards in the oil industry. As editor of File on 4, her team won a second Sony and a wide range of awards for specialist journalism.