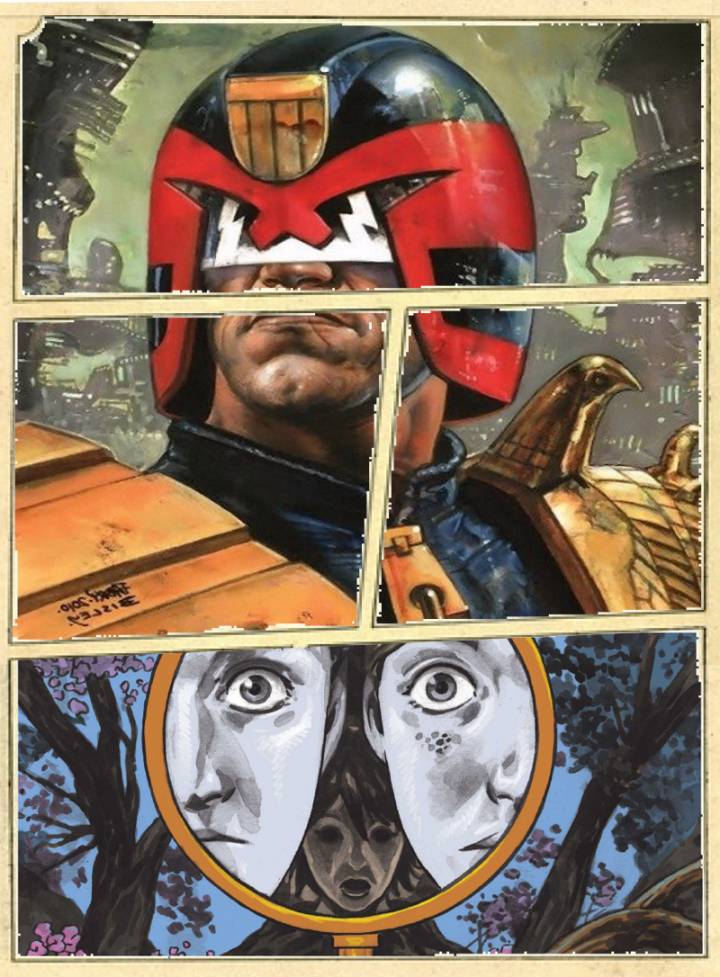 This meeting of creators, both of whom were featured on-stage at BFI's acclaimed Comics Unmasked exhibition, is a must for anyone interested in British popular culture.

Pat Mills, the creator of 2000AD, is known as the 'Godfather of British comic books'. Like 2000AD, he has become an institution, celebrated for the progressive, satirical edge of his work across several genres. Pat initially wrote girls' comics, before helping to develop new titles Battle, Action and then 2000AD in the late 1970s. From the historical conflict of 'Charley's War' to the future society of 'Third World War', Pat brings a political conscience to the traditional action story.

His long-running 'Marshal Law' exposes the absurdity of superheroes, while his Celtic saga 'Slaine' explored myth and matriarchal religion. More than just the man behind 2000AD, Pat has helped launch and support the career of comic book writers and artists for the last four decades.