Home > Events > All events > Innovation as an emotional process: An exploratory study within a public sector organisation

Innovation as an emotional process: An exploratory study within a public sector organisation 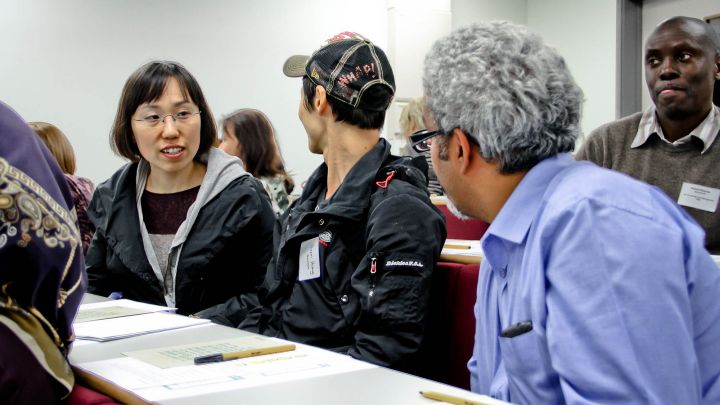 Since the early 1990s, the study of emotion in the workplace has become increasingly recognised within fields such as work psychology and organization studies (Fineman 1993, 2000; Ashkanasy et al 2000; Lord et al 2002). Indeed, for Fineman (1993: 1), organizations are ‘emotional arenas'. This body of work has highlighted the value of viewing ‘components' of innovation, for example creativity (e.g. Amabile et al 2005) and learning (e.g. Antonacopoulou and Gabriel 2001; Höpfl and Linstead 1997; Fineman 1997), as emotional processes. In addition, research on ‘innovation team climate' has highlighted the need for ‘intragroup safety', that is ‘the psychological or psychosocial safety group members feel in the presence of their fellow group members' (West 2002). More broadly, organisational research based on Affective Events Theory (Weiss and Cropanzano, 1996) suggests that characteristics of work and the work environment precipitate events that in turn evoke emotions (e.g. Wegge et al 2006).

This paper reports on a recent qualitative study of innovation within the public sector. We seek to make a contribution to our understanding of innovation through the novel focus and context of the research. Drawing upon the work of Van de Van et al (1989, 1999) and Weiss and Cropanzano (1996), we reconceptualise the innovation process as an emotional journey punctuated with ‘affective events' that yield moments of excitement and joy as well as anxiety and frustration, highlighting the emotional rollercoaster that often characterizes the development of new products, processes, and services. This qualitative study draws upon sixty-one interviews in a single public sector case organisation. The context is seen as noteworthy since whilst the drive to innovate within the public sector is being taken increasingly seriously among policy-makers and within public sector organisations [in the UK, for example, there have been a number of high profile reports, e.g. Audit Commission (2007); DIUS (2008); Hughes et al (2011) and initiatives, e.g. see www.bis.gov.uk/publicsectorinnovation], academic research is still relatively scarce [although some work is beginning to emerge Moore (2005); Hartley (2008); Windrum and Koch (2008); Osborne and Brown (2011, 2013)].

Steve studied management and computer science for his first degree at Aston Business School, before working for several years at Hewlett Packard in financial systems support and software development. He then returned to Aston to undertake a MBA and then a PhD. Since completing his PhD, Steve has held various academic posts at Aston Business School, the University of Leicester School of Management, and the University of Bath School of Management. Steve rejoined the University of Leicester in October 2014, and is currently a Senior Lecturer in Innovation and Director of Learning and Teaching within the School.

Steve is interested in the nature and role of social and organisational networks in innovation, entrepreneurship, and knowledge creation and sharing. He also has an interest in the graphical representation of such networks. He has researched and published across these areas, including his co-authored book for Oxford University Press, concerning the management and shaping of innovation. Steve has a growing interest in innovation within the public and not-for-profit sectors, service innovation, and emotion related to the innovation process. Steve has been co-applicant on a number of successful grant applications, receiving funding from the ESRC and various EC programmes, and more recently from the British Academy / Leverhulme and the WEAHSN (West of England Academic Health Science Network). The current British Academy / Leverhulme project concerns governance mechanisms within collaborative innovation projects between public sector organisations and third parties, and is a collaboration with Dr. Jens Roehrich of the University of Bath School of Management, where Steve is also a Visiting Senior Research Fellow. The WEAHSN project is investigating innovation networks within health sector supply chains, and is a collaboration between the University of Cardiff, the University of Bath, the University of Bristol, and UWE.