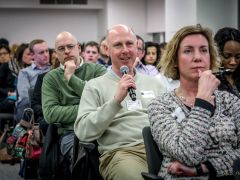 Legal theorists and other commentators have long established a distinction between property and possession. According to this usage adopted here, possession refers to control of a resource, but property involves legally sanctioned rights. Strikingly, prominent foundational accounts of the ‘economics of property rights' concentrate on possession, downplaying the issue of legitimate legal rights (Alchian, 1965, 1977; Barzel, 1994, 1997, 2002; von Mises, 1981). Some authors in this genre make a distinction between ‘economic rights' and ‘legal rights' where the former are more to do with possession or the capacity to control. They argue that ‘economic rights' are primary and more relevant for understanding behaviour. But it is argued here that legal factors - involving recognition of authority and perceived justice or morality - have also to be brought into the picture to understand human motivation in modern societies, even in the economic sphere. As other authors including Hernando De Soto (2000) have pointed out, the neglect of the legal infrastructure that buttresses property has deleterious implications, including a failure to understand the role of property in supporting collateralized loans for innovation and economic development.

'Putting finance in its place: Marx, Keynes and the interstate system ' by Bill Dunn (University of Sidney)

The paper argues that Marxist theories of money and finance remain underdeveloped and can be enriched by a critical appropriation of Keynesian insights. It advocates a theory of money and finance based on the mutual but asymmetrical interrelations of class, capital and state institutions. It argues that accepting a Marxist epistemology and the conceptual priority of social relations of production requires rather than denies acknowledging an active financial agency. However, this agency is socially constructed and constrained. With the appropriate conceptual level of ‘the social' seen as essentially global, this also involves, amongst other things, discarding the exogenous / endogenous distinction but seeing states and their financial power, like that of other institutions, as framed within rather than as external to the social relations of production.

Geoffrey Hodgson is a Research Professor at the University of Hertfordshire, UK. Specialist in institutional economics, evolutionary economics and philosophy of economics. Author of many academic articles and several books including Conceptualizing Capitalism (2015, winner of the Schumpeter Prize), From Pleasure Machines to Moral Communities (2013), Darwin's Conjecture (with Thorbjoern Knudsen, 2010), The Evolution of Institutional Economics (2004), and How Economics Forgot History (2001, ranked in 2016 by the World Economics Association as one of the 50 most important books of the last 100 years). Editor in Chief of the Journal of Institutional Economics. Secretary of the World Interdisciplinary Network for Institutional Research (WINIR).

Bill Dunn works in the Department of Political Economy at the University of Sydney. His primary research interests are in the international political economy of labour. His most recent books are The Political Economy of Global Capitalism and Crisis (Routledge 2014) and Neither Free Trade Nor Protection: a critical political economy of trade theory and practice (Edward Elgar 2015).