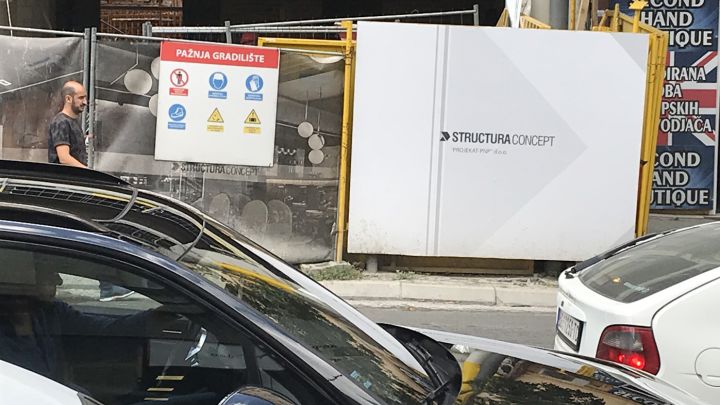 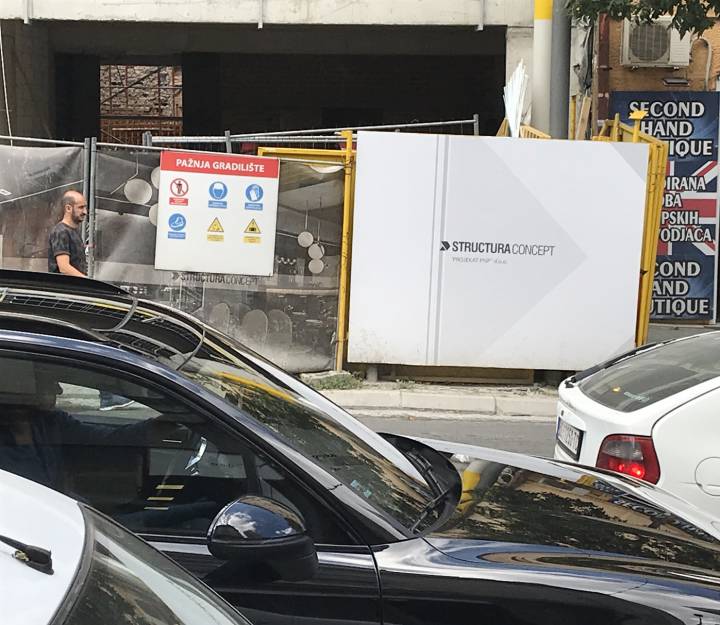 Organized by the Centre for Research in Modern European Philosophy (CRMEP) Kingston University, in collaboration with the Institute of Contemporary Arts (ICA), London.

In 1990 the ICA established a Philosophical Forum to host a series of speakers on theoretical
work that engaged contemporary art beyond the intellectual horizon of the aesthetic tradition
(subsequently published as Thinking Art: Beyond Traditional Aesthetics, ICA, 1991). Today, thirty
years later, with the first in a new series of events, we return to the broad theme of Thinking Art -
at once philosophical and transdisciplinary - under very different political and theoretical
conditions. Many of the terms of debate have changed and their objects have become radically
destabilized - both with regard to their theoretical definitions, on the one hand, and their relations
to technologies, institutions, markets, forms of labour and social spaces, on the other.
This conference will provide a forum for critical discussion of some of the theoretical discourses
that currently preoccupy the anglophone artworld: vital and poetic materialisms; art and labour;
instabilities of forms; social ecologies and intimations of catastrophe.

12.00-1.15 pm
Art and Labour
On the Logic - not Iconography - of the Diagram: From Picabia
to Rotella, 1915-1962
Jaleh Mansoor (Art History, University of British Columbia)
Neither Capitalist Nor Worker: On the Historical Roots of
the Artist as an Anti-Capitalist
Dave Beech (Fine Art, Chelsea, University of the Arts London
& Valad Academy, Gothenburg)

CAROLINE BASSETT
Six-Handed, Machine Assisted, Furious
What is the kernel of the computational object? Where is the agency in an AI? The material
turn in digital medium theory produces an insistence on finding the essence of the thing. The
rest is thought inessential, an outer skin, to be sloughed off, a rind we could do without. This is
technological fetishism; an absence that covers a lack. In the attempt to distil the thing itself
the thing itself is radically diminished, and its relation to the world, the vibrancy of its material
appeal, is etiolated. In response this paper draws on Furious, a six-handed, machine-assisted,
techno-feminist production arguing for other ways to think about digital materialism. Furious
insists on the porous, the hybrid, and explores the traffic between the peculiar agency of
algorithms and the informing force of the symbolic. It deploys writing as a political technology,
one that can attack reductive accounts of ‘the human' necessarily emerging from stripped
down versions of ‘the machine' and that can re-find material complexity in technical
assemblages and the environments they organize.
Caroline Bassett is Professor of Digital Humanities at Cambridge. Her research explores media
technology, critical theory, feminism, and cultural change. Recent publications include work on
AI and behaviourism, and on gender and digital media history. Her latest book is Furious:
Technological Feminism and Digital Futures (Pluto, 2020), co-authored with Sarah Kember and
Kate O'Riordan.

DAVE BEECH
Neither Capitalist Nor Worker: On the Historical Roots of the Artist as an Anti-Capitalist
This paper will outline the historical conditions for the emergence of the artist as a distinctive
economic and social producer. By examining the politics of art through the lens of the politics of
labour it will shed new light on the relationship between art and capitalism. It will trace how
the new institutions of the Fine Arts in the seventeenth- and eighteenth- centuries in Europe
redefined the artist in direct opposition to both commerce and the mechanical arts within an
aristocratic hierarchy of labour. The legacy of the elevation of the Fine Arts above business and
the workshop contains the germ of the modern anti-capitalist conviction common within the
artworld.
Dave Beech is Reader in Art and Marxism at the University of the Arts, London. He is the author
of Art and Value: Art's Economic Exceptionalism in Classical, Neoclassical and Marxist
Economics (Brill, 2015), which was shortlisted for the Deutscher Memorial Prize. His most
recent book is Art and Postcapitalism: Aesthetic Labour, Automation and Value Production
(Pluto, 2019). Art and Labour: On the Hostility to Handicraft, Aesthetic Labour and the Politics of
Work in Art (Brill ,2020) is forthcoming. Beech is an artist who worked in the collective Freee
(with Andy Hewitt and Mel Jordan) between 2004 and 2018. His current art practice translates
the tradition of critical documentary film into sequences of prints that combine photomontage
and text art.

AYESHA HAMEED
Title tba
Ayesha Hameed is Lecturer in Visual Cultures at Goldsmiths, University of London. Her work -
in performance, exhibition and writing - explores contemporary borders and migration, critical
race theory, Walter Benjamin, and visual cultures of the Black Atlantic. Her publications
include Futures and Fictions (co-edited with Simon O'Sullivan and Henriette Gunkel, Repeater
2017) and a contribution to AUDINT, Unsound/Undead (Urbanomic Media, 2019).

JALEH MANSOOR
On the Logic - not Iconography - of the Diagram: From Picabia to Rotella, 1915-1962
What does "context" mean for Art History - a discipline founded in the nationalisms of the 19th
C wherein place, time, and style triangulated to form a coherent heuristic frame - after 1945,
and after 1973, and again now? And how do we finds words to describe prevailing tendencies in
contemporary art among the numerous, scattered, and apparently unrelated tendencies
encountered at Art Fairs and Biennials, and in established museums and institutions of the
bourgeois public sphere? These two questions appear unrelated until a pattern begins to
emerge suggesting the dependence of one question on the other. The diagram is one
(aesthetic) operation within which the questions converge, or are shown to be already
entwined. Already operative in the historical avant-gardes of the interwar period (Brancusi,
Duchamp, Picabia), this modality of graphic practice has risen to dominance over the last fifty
years: Manzoni (Linea, 1961), Barry Flanagan (Diary of a Conversation, George Melly, 1972),
Dorothea Rockburne, Richard Hamilton, Agnes Denes, Nancy Holt, Lee Lozano, Anna Maria
Maiolino, Richard Tuttle, Mark Lombardi, Gabriel Orozco, Ellen Gallagher, William Kentridge,
Kara Walker, Cristobal Lehyt, Julie Mehretu, Daniel Zeller, and Nobuya Hoki.
Jaleh Mansoor is an associate professor in the faculty of Art History, Visual Art and Theory at
the University of British Columbia, Vancouver. She has written monographic studies on the
work of Piero Manzoni, Ed Ruscha, Agnes Martin, Blinky Palermo, Gerhard Richter and Mona
Hatoum. She co-edited Communities of Sense: Rethinking Aesthetics and Politics (Duke, 2010)
and is the author of Marshall Plan Modernism: Italian Postwar Abstraction and the Beginnings
of Autonomia, (Duke, 2016). Her current project is tentatively entitled Stealing Back Time From
Universal Prostitution: The Biopolitics of Abstraction Crossing Modernism, 1888-2008. It traces
the historical and structural entwinement of aesthetic and real (or concrete) abstraction -
defined as the extraction of labor power valorized by transactional exchange on the market-to
offer a comprehensive account of the political economic forces forming the structural
conditions of and motivation for 20th C aesthetic abstraction, the turn to Social Practice art and
the advent of post-humanism. She is the recipient of a three year SSHRC Insight Grant with her
collaborator Lakota Sioux artist Dana Claxton.

LUDGER SCHWARTE
Arting Philosophy
Artworks are often described as formal constellations, which one reads or experiences
aesthetically. Yet neither an analysis of aesthetic experience nor of formal features of art works
will tell us how (new) art works come about. So, considering the becoming of aesthetic forms as
one of the central features of art works, what it is, precisely, that artistic practice consists in, in
its difference from aesthetic and design practices? Do artists ‘make' art, ‘produce an artwork'
or ‘work as precarious performers in the art world'? Is artistic practice a labour, a production,
or a performance?
Ludger Schwarte is Professor of Philosophy at the Kunstakademie Düsseldorf. His research
cover the areas of aesthetics, political philosophy, philosophy of culture, ontology, and history
of science. His most recent books are Notate für eine künftige Kunst/Notes pour un art future
(Merve 2016/les presses du reel, 2019) and Piktrale Evidenz (W. Fink 2015).

KESTON SUTHERLAND
The Consolation of Materialism
Keston Sutherland is a poet and Professor of Poetics at the University of Sussex. He has held
visiting Fellowships at Harvard University and Berkeley UC and in 2016 was the Bain-Swiggett
Professor of Poetry at Princeton University. Collections of his poetry and translations include
Whither Russia (Baroque, 2017), Poetical Works 1999-2015 (Enitharmon Press, 2015) and The
Odes to TL61P, (Enitharmon Press, 2013).

GIOVANNA ZAPPERI
The Making of a Feminist Subject:
Carla Lonzi's refusal of art as a transformative practice
In 1970, Carla Lonzi (1931-1982), a prominent art critic in 1960s Italy, withdrew from the art
world in order to engage in feminism. However, her withdrawal did not mean that she ceased to
reflect on art and its patriarchal structures: on the contrary, her critique of art plays a crucial role
in the process of imagining a new feminist subjectivity. Her ideas about the artist's autonomy
and authenticity, her notion of culture as a repressive force, the emphasis on relations and the
critique of authority within the art field are all crucial to her feminism.
Giovanna Zapperi is a Paris-based art historian and a Professor for contemporary art history at
Université de Tours. Her latest book examines the writings of art critic and radical Italian
feminist Carla Lonzi: Carla Lonzi. Un'arte della vita [Carla Lonzi: an Art of Life] Rome, 2017
(french translation: Dijon 2018). With Nataša Petrešin-Bachelez, she has curated the exhibition
Defiant Muses: Delphine Seyrig and Feminist Video Collectives in France, 1970s-1980s (Museo
Reina Sofia, Madrid, 2019-2020).