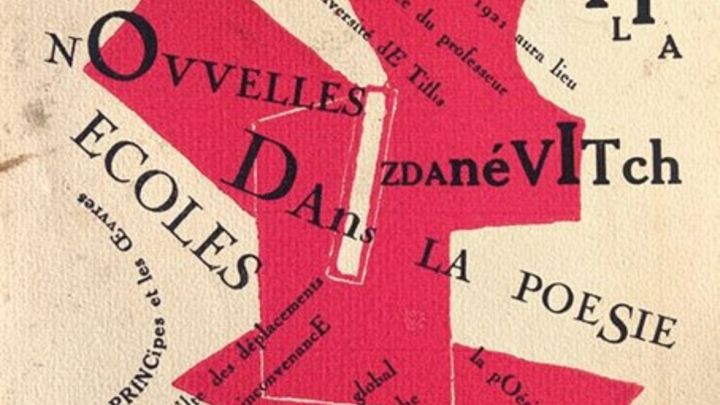 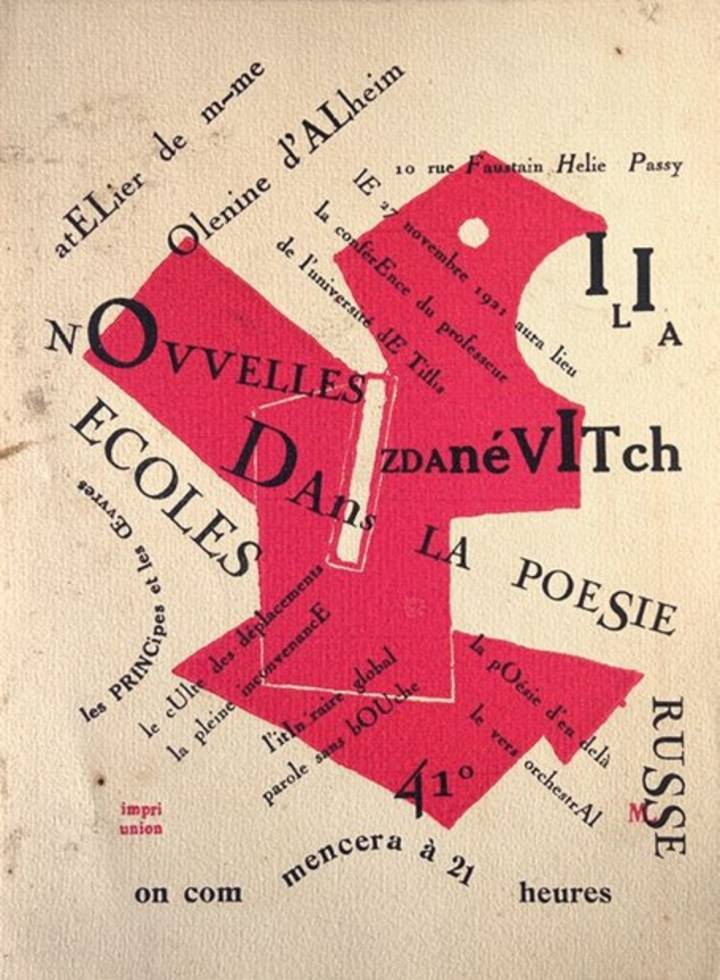 Born in Tiflis [Tbilisi], Georgia in 1894, while the area was part of the Russian Empire, poet Ilia Zdanevich ("Iliazd"), seems to have felt little identification with the region. If he spoke Georgian (his mother's native tongue), he gave no indication of this in his writings. After 1912, he moved into Russian avant-garde circles in Moscow and St. Petersburg. But he also "discovered" the self-taught Georgian painter, Nikos Pirosmani. He was passionate about ancient Armenian and Georgian church architecture. He loved the mountains of the Caucasus region. However, he did not express any affiliation as a "Georgian" or mention the politics of the region in his work, only noting that after the Revolution in October 1917 he was prevented from returning to Russia. His early experimental plays, composed between 1916-20, identify Tiflis as their publication site. But he never mentions the interlude from May 1918 through February 1921, when Georgia was briefly an independent republic before being annexed by the Soviet Union, or the name change of his birthplace to Tbilisi in 1936. Iliazd travelled to Paris in 1921 and spent the rest of his life there as a publisher and poet. Linked to international art circles, Iliazd's career raises interesting questions about the combination of local culture(s) (Georgian, Russian, Parisian) and national identity politics in the modern avant-garde.