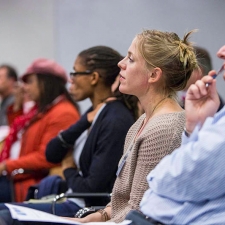 An unpublished and previously unrecorded restoration play has come to light as part of a Sotheby's lot comprising several manuscripts deriving from the private collection at Powderham Castle, Devon.

Mahomet II: The Generous Sultan recounts the well know story of the fall of Constantinople to Sultan Mehmet 'the conqueror' in 1453, signalling the end of the Byzantine Empire and the advent of a period of Ottoman expansion and the concomitant rise of the familiar image of the 'terrible Turk' in the western imagination.

From the prefatory material, the play was probably composed around 1679 and circulated amongst friends before being bound as part of a gift to the powerful Courtenay family of Devon.

Despite the author's claims to the contrary, the story is indebted to an earlier rendition, The Anonymous Irena (1664) which was itself one of several dramatisations of the siege circulated throughout the seventeenth century.

This lecture explores the political significance of the play as an examination of popular versus autocratic will and seeks to situate the manuscript in the wider context of English interest in muslim culture and history in the turbulent aftermath of the exclusion crisis.