LGBT+ History Month: It's not a sin, but it's still a crime 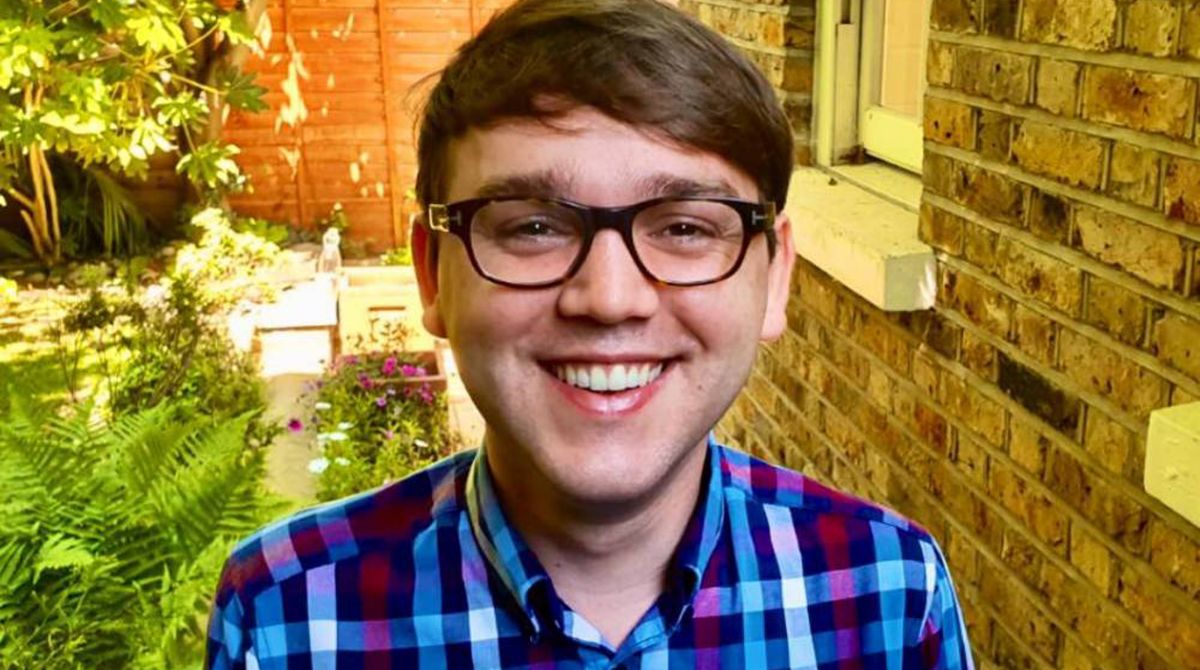 Dr Max Morris is a lecturer in criminology at Kingston University and has done some research into HIV.

Dr Max Morris is a lecturer in criminology at Kingston University. For LGBT+ History Month, Dr Morris reflects on media representations of and research about HIV. They gave a guest talk for students and staff hosted by the Union of Kingston Students.

Channel 4's acclaimed five-part series It's A Sin concluded on Friday. As a queer person living with HIV—the same age as the main cast but born after the events portrayed—I have mixed feelings about the series. As I said to colleagues in the LGBTQ+ staff network, it's both excruciating and brilliant television, in the same breath.

As a criminologist, I spend a lot of time thinking about how language constructs people's behaviours as good or bad, guilty or innocent, risky or safe. For example, in the latest edition of the Journal of Criminal Law, I published an article with colleagues at Northumbria University and Oxford Brookes University arguing that if criminal law is ultimately about preventing or regulating harm, the ongoing criminalisation of HIV transmission is counter to that aim, adding that criminalisation is outdated in the context of medications which simultaneously treat and prevent the virus.

I want to focus on two scenes from the final episode of It's A Sin which resonated with this research – the hospital and the waterfront. In the first, lead character Ritchie (Olly Alexander) wonders whether it was Donald (Nathaniel Hall) – a romantic and sexual partner who had "gone home, for good" at the end of episode three—who infected him, or vice versa, before adding, "I wonder how many I killed. I knew it was wrong, and I kept on doing it. Do you hate me now?" This preceded Ritchie's parents bursting into the room and asking, "What's wrong with you?" After an awkward moment, he answers, "I'm gay. I'm homosexual. I contracted HIV and I'm sorry". That anyone feels a need to admit or apologise for their sexuality or illness, and that such identities became conflated, is another reason this series was important viewing during LGBT+ History Month.

In the second, following Ritchie's death, the character Jill (Lydia West) blamed his Thatcher-supporting mother (Keeley Hawes) of being the one at fault for all those killed due to shame: "The wards are full of men who think they deserve it. They are dying, and a little bit of them thinks, Yes, this is right, I brought this on myself, it's my fault, because the sex that I love is killing me. I mean, it's astonishing, the perfect virus came along to prove you right."

In both scenes, the language of infected and killed invokes a sense of (criminal) agency, intentionality, and responsibility which, as we argued, can redefine "expressions of desire to enactments of violence".

When I was interviewed by the BBC about how HIV has changed, I noted that social attitudes rooted in the 1980s continue to shape people's experiences of stigma: "People still associate HIV with those powerful images of gravestones on the television or Princess Diana hugging people in hospital. Many refused to touch us, let alone have any intimate contact. But today, those of us living with HIV can expect to live just as long as anyone else."

The conflation of HIV with death and homosexuality contributed to the most homophobic period ever recorded by social surveys. At this time, Thatcher's government enacted Section 28 to prohibit the promotion of homosexuality by local authorities, making school curricula exclusionary of, and towards, LGBT+ people for over a decade.

Although other HIV positive people have critiqued associations between sex and death, guilt and blame in It's A Sin, I want to provide a partial defence of the screenwriter's intentions. In an interview with the Writers' Guild of Great Britain, Russell T Davies said: "There are characters in it, who are HIV positive, and who carry on having sex. That was the thing that I was determined to write because, frankly, I've seen ten million dramas in which that's the villain. And I don't think that's villainy."

As Jill said in episode three, "Don't go looking for a villain, it will just be some bloke". The villain which Davies ultimately identifies is the normative politics of heterosexual families. Elsewhere, he has noted how the series was meant to be eight episodes, before other channels (BBC and ITV) rejected it. Not only does this demonstrate the difficulty of having complex, queer, HIV-positive stories on our screens, but perhaps why we never saw an episode set in 1996, when highly effective antiretroviral therapies became available and HIV was transformed from a death sentence to a chronic condition with few, if any, long-term consequences.

Many lessons could be learned from memories and experiences of HIV for making sense of current problems. For example, on the same day of the final episode, I was on campus receiving my first Covid-19 vaccination. Yet again, medical science, harm reduction, and public health strategies have offered more effective methods than individual blame, criminal law, and conspiracy theories. Over the coming months, I will also be working with my Kingston colleague, Dr Lilith Whiley and Dr Sarah Stutterheim from Maastricht University on a research project funded by the Centre for Research in Communities, Identities and Difference (CResCID), to explore HIV-positive people's experiences during the pandemic, including themes of cultural memory, public health messaging, and mental health resilience.