To mark this year's LGBT+ History Month, Kingston University's staff and students have come together to honour this year's theme, Behind the Lens. Celebrating the LGBTQIA community and their contribution to cinema and film from behind the lends, the theme will be explored through many avenues throughout the month, from individual pieces to big ticket events that aren't to be missed.

The University's LGBTQIA+ staff network and students directly support those who identify as lesbian, gay, bisexual, transgender, queer, intersex and/or asexual. We recognise the importance of promoting a more inclusive environment through increasing visibility of the LGBTQIA+ community and advancing education so that LGBTQIA+ people can reach their full potential.

LGBT+ History Month is a time to unite and celebrate Kingston University's LGBTQIA+ community and its allies, to remember the progress that has been made but also to reflect on what more can be done to promote inclusivity. This past year has been an exciting year for staff and students. We attended Black Pride and Pride at London – our first ever time marching as a University. We have celebrated alumna's success within the LGBTQIA+ community, held events and rolled out LGBTQIA+ educational workshops. And not forgetting this month's LGBT+ History Month schedule of events. There are loads of ways staff and students can get involved - and we look forward to another exciting month ahead." 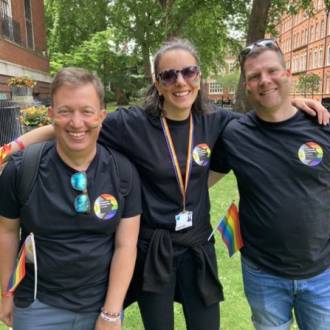 An evening with Lady Phyll 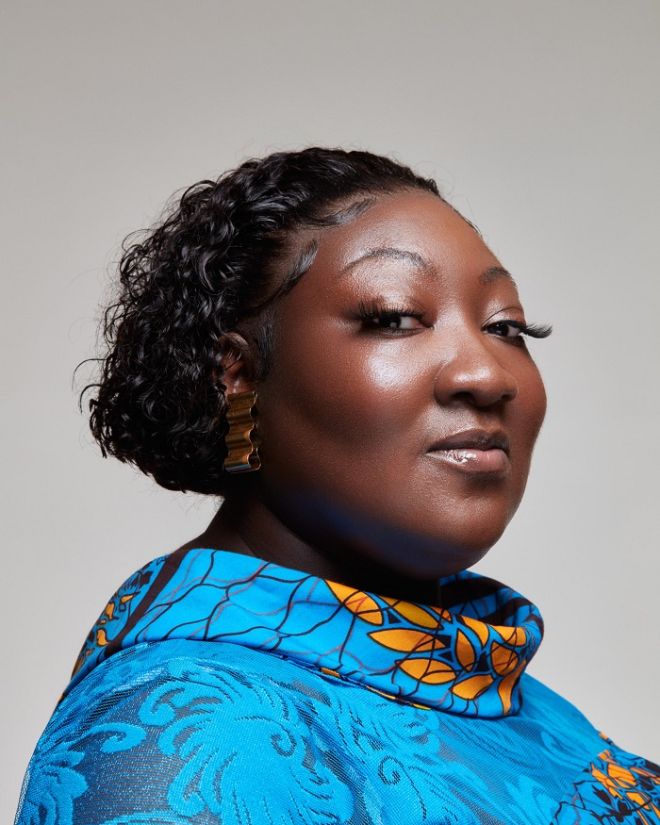 We are delighted to host Dr Phyll Opoku-Gyimah, aka Lady Phyll at Kingston University. A human rights and British political activist who has worked tirelessly to fight for the rights of LGBTQI people, Lady Phyll is also the Co-Founder of UK Black Pride, an event which has run since 2005 and brought visibility and community to people of African, Asian, Middle Eastern, Latin American and Caribbean-heritage in Europe. 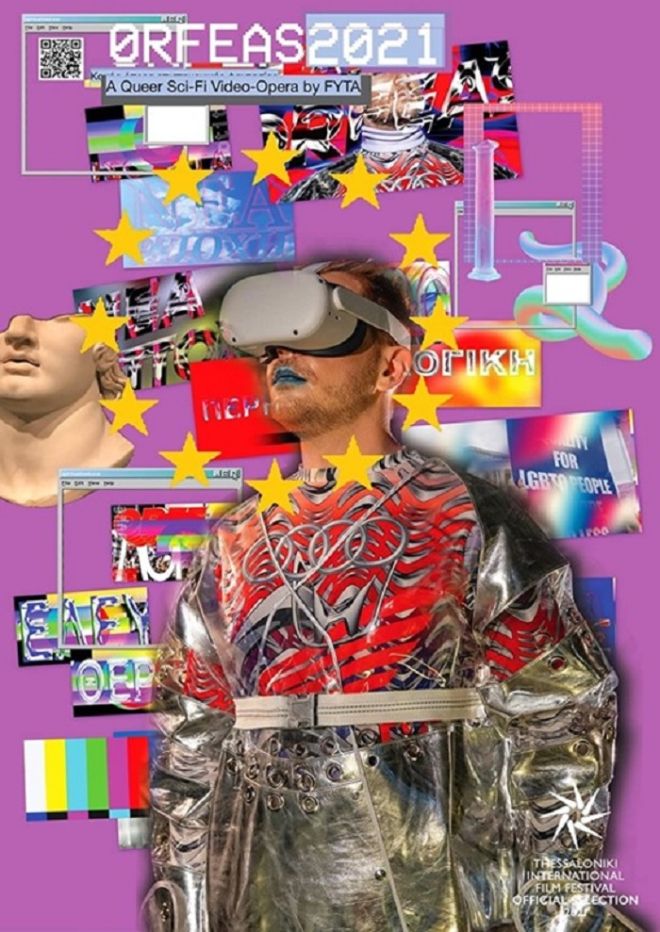 Based on a radical reworking of Monteverdi's opera L'Orfeo (1607), Orfeas 2021 is, according to its makers, 'a retro-futurist story of utopian politics, ideological conflicts, supernatural leaders and totalitarian spectacle, which pits 'cyberpunk queer pirates against rainbow homo-capitalist normies' and 'revolution vs reformism; logic vs affect'. This contemporary take on the myth of Orpheus oscillates between 'operatic melodrama, queer DIY collage, 80s-inspired post-trash hauntology and VR/AI aesthetics', thereby creating 'a kaleidoscopic take on political purity, alternative histories and institutional critique'.

Outrageous! The story of Section 28 and the Battle for LGBT+ education 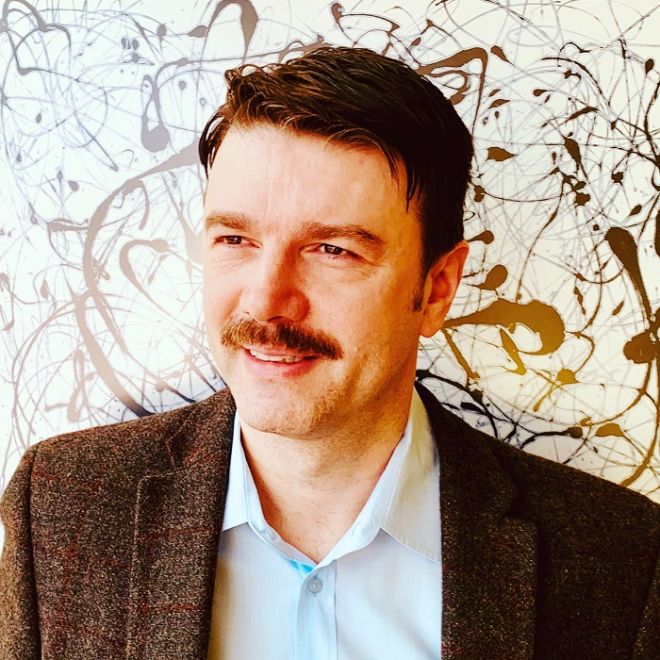 Professor Baker will be speaking about his book, 'Outrageous! The story of section 28 and the battle for LGBT+ education'

It will be 20 years in 2023 since the section 28* legislation was repealed. As Professor Baker says, "Although Section 28 was repealed in 2003, recent events around the world have shown that LGBTQ+ rights can be quickly eroded so it has never been more pertinent to tell the story of Section 28 and to be inspired by the activists who fought against it." 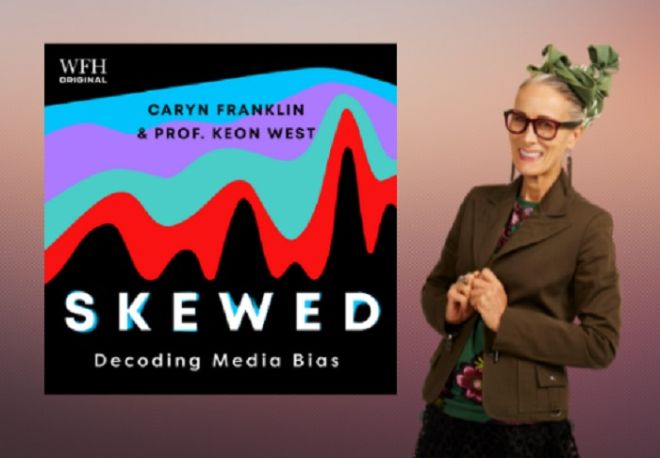 We are delighted to welcome visiting Professor Caryn Franklin to talk to us about her new book - Skewed: Decoding media bias, co-written with Professor Keon West. Caryn will speak on cultural messaging around identity which may include race, gender, gender non-conformity, sexual orientation, age, and attractiveness, and why our brains are complicit in upholding stereotypes and bias.

Politics behind the lens: Sexual identity in Cold War Hollywood 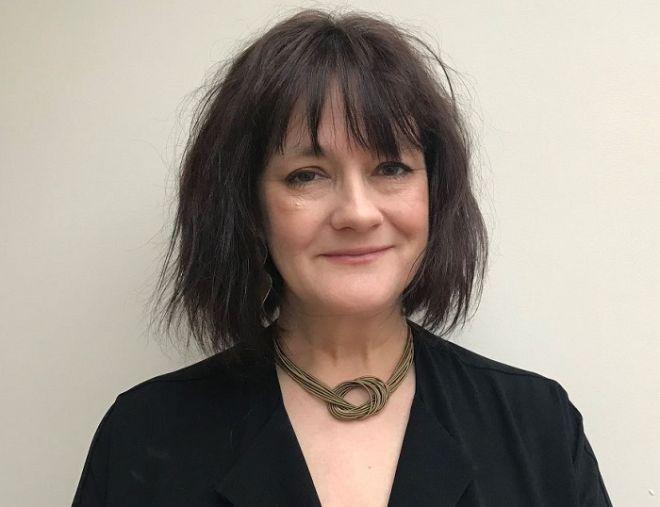 The theme for LBGT+ history month 2023 is 'behind the lens' so we are delighted that Professor Helen Laville, our own Provost will be speaking during LGBT+ History month on Politics behind the lens: Sexual Identity in Cold War Hollywood

We invite you to join us on Monday 13 February to discuss issues around bullying and harassment from a gender perspective. The session will be hosted by our Athena Swan and Staff Network Chairs with Provost Helen Laville also in attendance. The open session will seek the thoughts of the panel on how we at Kingston University can develop a more welcoming space for all to express their genders freely and without fear of discrimination or stigma.

Meet our staff and students

As a Kingston University alumna who came out during my degree, I feel that the University culture gave me the space and confidence to be open about who I am. As our community celebrates the achievements and honours the sacrifices of those who came before us, I feel we must also look to the future and keep up the momentum on the work there is yet to do." 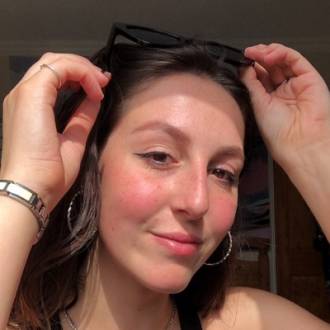 My advice to anyone who feels like they don't fit within the normal LGBT+ spaces is that there are spaces for you and people who look like you and are experiencing the same thing as you. Find those spaces, those spaces that make you feel at home and allow you to feel validated, affirmed, loved, and inspired." 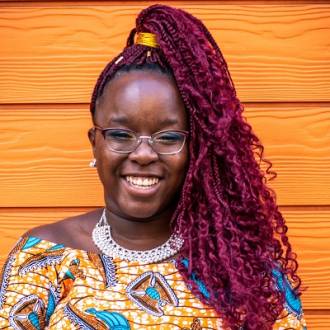 It is inspiring to see the energy and passion radiating from our learners when they see their lives, backgrounds and identities reflected in their curricula and education settings. LGBT+ History Month is one important way to support our mission to diversify University curricula, challenging hetero-normative assumptions and recognising and celebrating the contribution of LGBT+ communities across the world. In so doing, we are enhancing the learning for us all and equipping ourselves to live and work competently and responsively in our diverse societies." 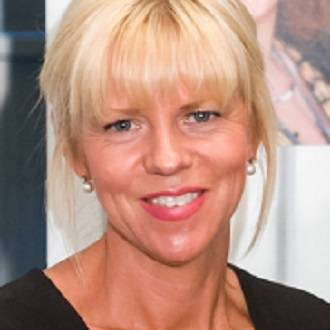 LGBTQAI+ is not just another history month. It is a moment of reflection and exhilaration. We reflect on things we have achieved, and some of us have taken them for granted.

From MJ Rodriguez, to Russel T Davies and Aaron Rose Philip, we are changing the landscape, and we demand tolerance. However, there is much more to achieve. Let's remind ourselves that 2021 was the deadliest year of violence for transgender people in the world.

With History Month we say that we don't want equality, we demand tolerance and a fair share within society. We are different, unique and proud. We are breaking the norms, rising and demanding representation." 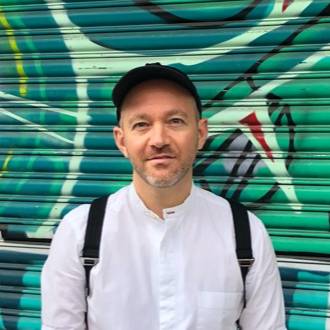 LGBT+ in the news 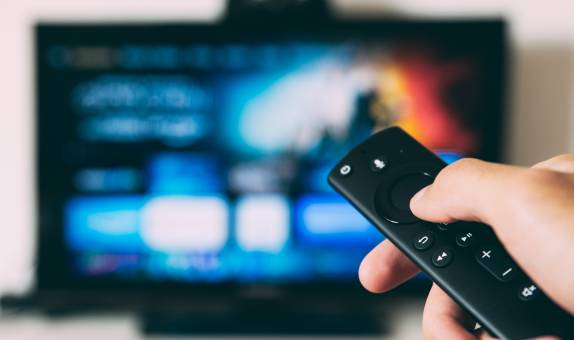 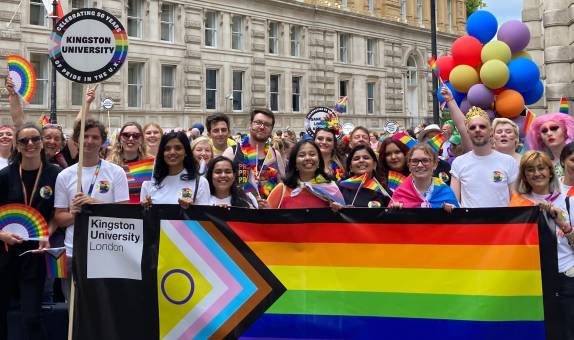 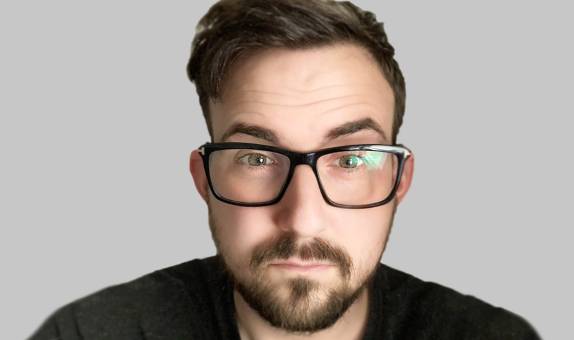 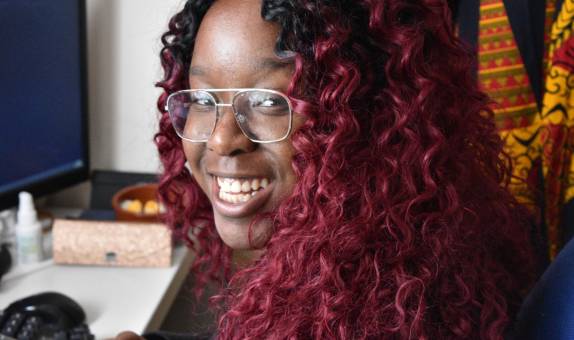 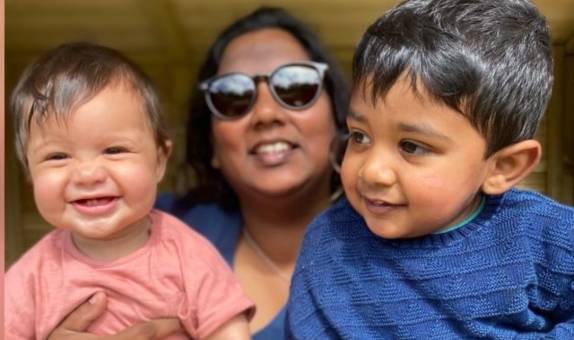 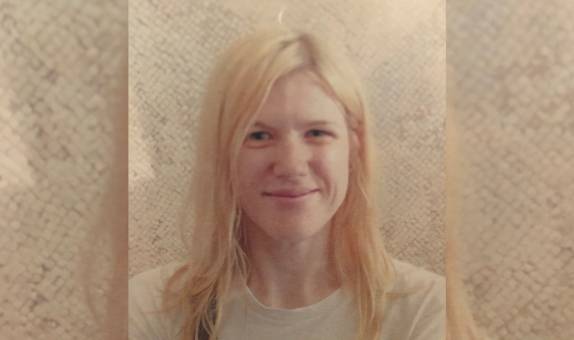 The rainbow flag is the most synonymous symbol used to represent the LGBT+ community. However, the flag and its associations have evolved. Kingston University has embraced the Pride flag this year by displaying banners around the campuses and creating a choice of LGBT+ inspired Teams backgrounds.

Below, co-chair of the LGBTQ+ Staff Network, Simon Collins, gives a brief explanation of the Pride flags. The list isn't exhaustive but illustrates a range of the flags developed over time that, through the colours and symbols used, represent the LGBT+ growing community.

The following video also gives a short history of the rainbow flag. 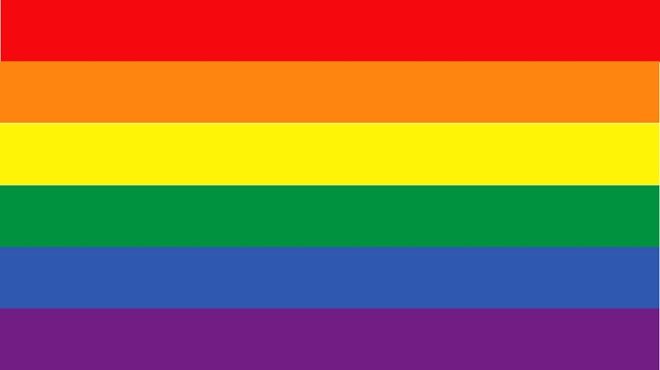 This is the traditional and well recognised flag used to represent the LGBTQ+ community. Politician Harvey Milk urged Gilbert Baker the artist, vexillographer and gay rights activist in 1978 to design a flag and it first appeared at the Pride Parade in San Francisco.

Originally there were eight colours, indicating hot pink for sex, red for life, orange for healing, yellow for sunlight, green for nature, turquoise for magic and art, indigo for harmony and violet for spirit. However, the hot pink was too difficult to print, and the turquoise was dropped to allow for six colours and the indigo changed to a more standard blue. The rainbow is found in Chinese, Egyptian and Native American History and in Christian teachings as a sign of hope. 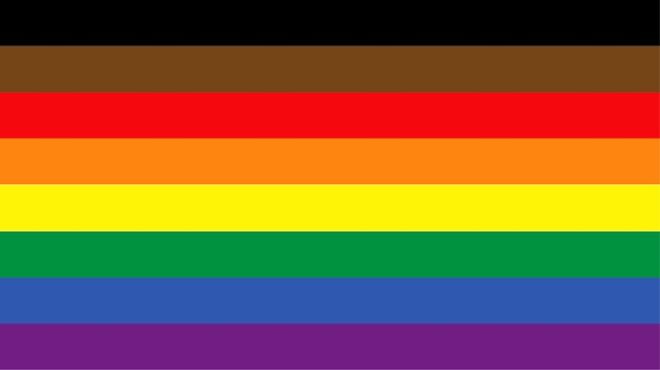 In 2018, Daniel Quasar then designed what is known as the ‘Progress' Pride Flag, which uses the six traditional stripes of the pride flag and includes at the hoist the colours of the transgender pride flag - light blue, pink and white - and black and brown stripes in the form of triangles to represent marginalised LGBTQ+ communities of colour. 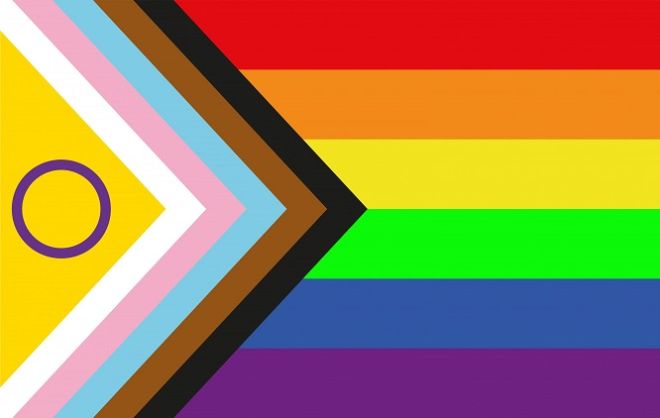 In 2021, a yellow triangle with a purple circle in it has been added, to represent intersex people, community and rights. The new Pride flag was designed by Valentino Vecchietti, of Intersex Equality Rights UK. The Intersex Pride flag is a purple circle on a yellow backdrop. Designed by advocacy group Intersex Human Rights Australia in 2013, it intentionally stays away from traditionally gendered colours of blue and pink to celebrate the intersex community.

Listen to the Queer Talk Podcast

The episode explores how reclaiming a word requires respect, understanding and tolerance.

Listen to the episode 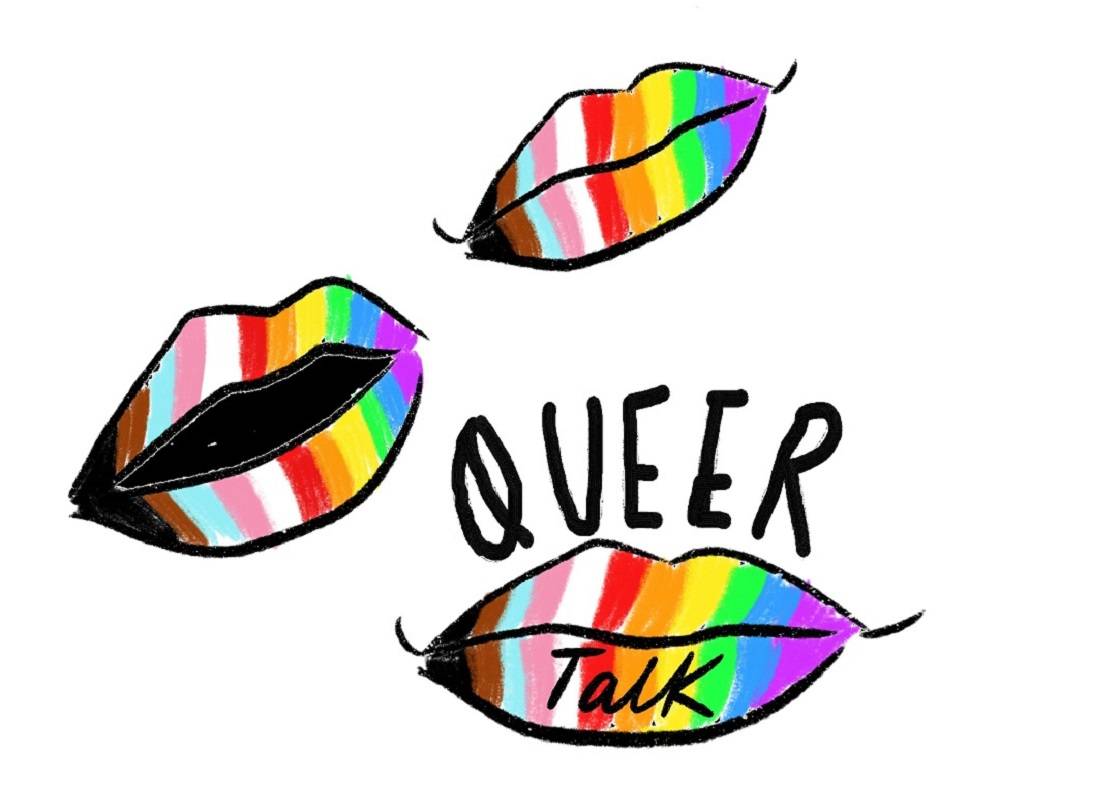 To celebrate our diversity, inclusivity and inclusion the STTB staff network have purchased a range of books and e-books, available in the Libraries.

These are on a range of topics related to LGBTQ+ Do take a browse of the list of resources. They may help inform your work, teaching, practice or understanding, or challenge your perceptions or preconceptions. Happy browsing and reading.