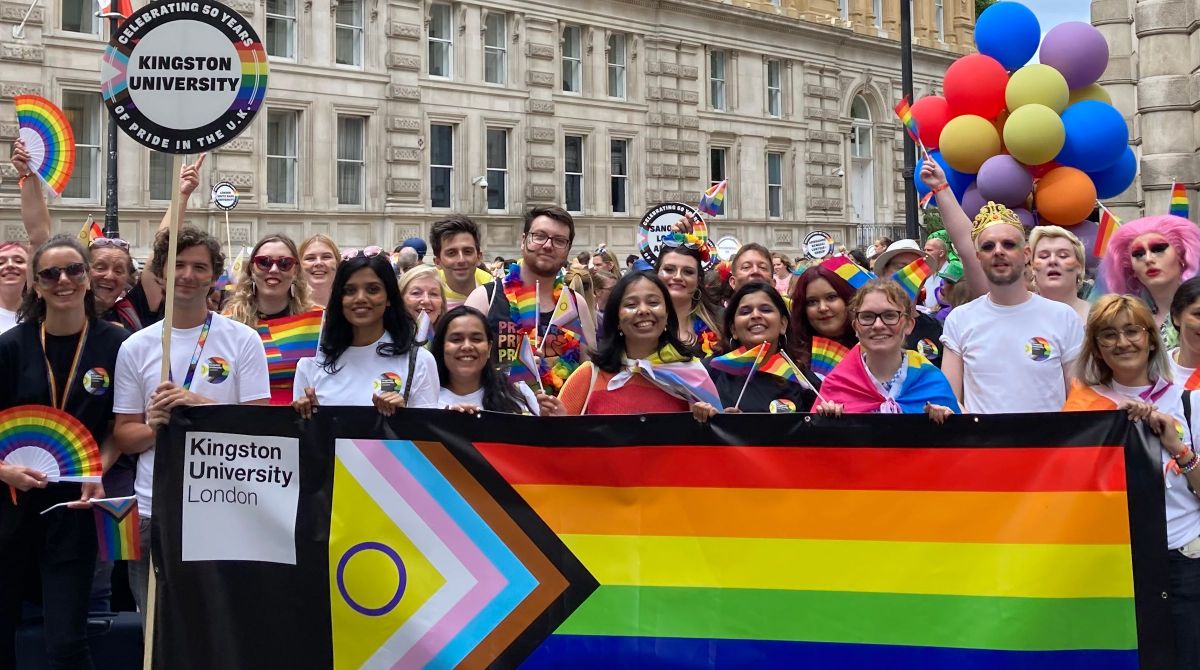 Kingston University was one of the institutions from across the capital marching side by side at this year's Pride in London on 2 July, the 50th anniversary of the inaugural 1972 London parade.

Staff and students came together in solidarity, waving the higher education LGBTQ+ flag and making history by being part of the record-breaking 1.5million people who attended. Those participating included Brunel, London School of Economics and Political Science (LSE), London South Bank, East London and Middlesex Universities.

The route, which started from Hyde Park corner and wound its way through Piccadilly Circus and Trafalgar Square before ending at Whitehall Place, mimicked the route for the first London parade 50 years ago. 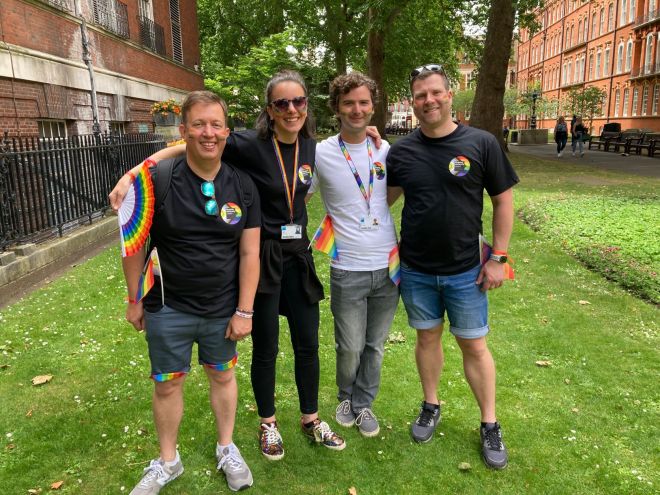 Kingston University LGBTQ+ Staff Network and EDI partner (From L-R) Simon Collins, Yvalia Febrer, Sebastian Bromelow and Stephen MasonLGBTQ staff co-chair for Kingston University Yvalia Febrer, who founded the network two years ago, understands the importance of its presence. "We were so happy that we were able to attend this year's Pride as a University. At Kingston, we have strong staff and student LGBTQ+ networks and the impact of these societies was evident when we encountered past, present and future students along the parade who stopped us to tell us how glad they were to see Kingston representing its diverse population".

The theme behind this year's campaign '#AllOurPride' was created in partnership with the LGBT+ led team behind WPP Unite and embodies the Pride spirit that has evolved throughout the last five decades. And it was this spirit that shone through on Saturday - not only through the many banners, flags and parade displays - but through the collective energy and emotion of those in attendance who had been kept apart for the last two years because of the pandemic.

Carl-Ludwig Campbell, Chair of LSE Spectrum shared how important it was to be united together after a tumultuous few years. 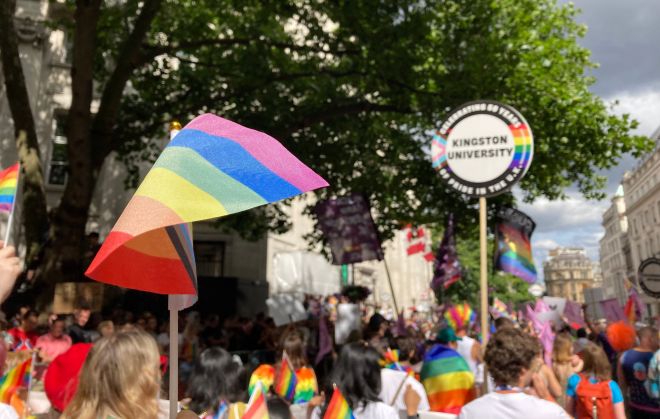 Kingston University at Pride in London 2022"It's wonderful that we were able to march together with other Higher Education Institutions this year – and on the 50th anniversary of Pride. After the pandemic and some of the challenging discourse within our own community, especially around trans rights, it's lovely to be together on a day of celebration for the whole of the LGBTQ+ community. We are much stronger united than we are divided."

Jessica Kath, LGBTQ+ Staff Network Coordinator from Brunel University said the Brunel Staff and Student Networks were delighted to be taking part in the 50th anniversary Pride in London parade – and that, while progress had been made, much more was to be done.

"It is more important than ever that we march together to promote LGBTQ+ visibility and equality and show the strength and solidarity of our whole community as we continue to stand against hate and exclusion." 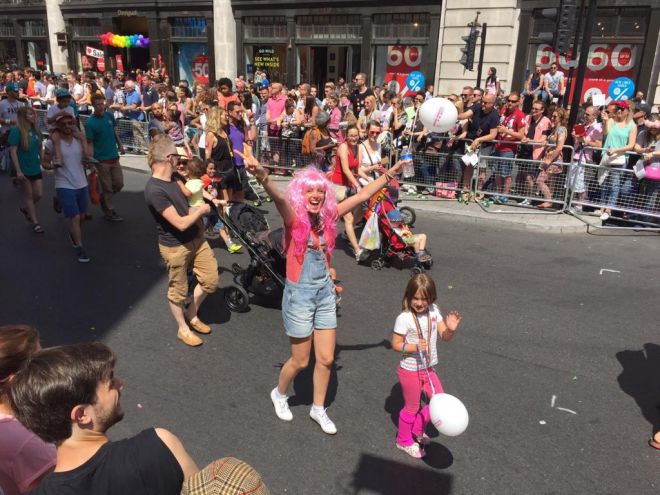 LGBTQ founder Yvalia Febrer with her daughter Gabriela at Pride 2015Emily Boynton, HR Director and Sexual Orientation and Gender Identity Champion at Kingston University, has supported the formation of the staff LGBTQ+ Staff Network and was delighted at the engagement of both staff and students on the march.

"LGBTQ+ rights have come a long way in my lifetime and at times it feels we still have a long way to go. This year's Pride was the first chance in several years for members of the LGBTQ+ community to come together to share and spread joy, love and understanding across London. I am proud that staff and students from Kingston joined other Universities marching on the day. Always be proud of who you are."