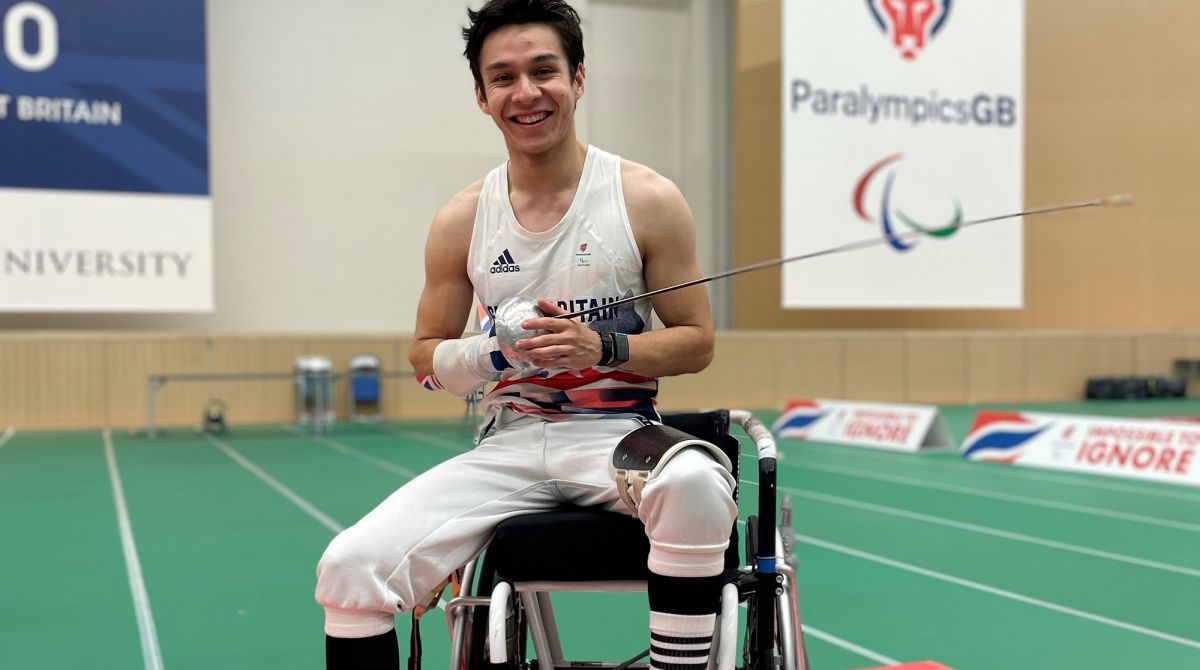 Oliver Lam-Watson, and his teammates, Piers Gilliver and Dimitri Coutya, defeated Ukraine to secure the bronze medal in the épée event, before coming back to compete in the foil event, where they took silver with a victory over France.

Having started competing internationally just over three years ago with the IWAS Wheelchair Fencing World Cup in Montreal, Oliver admitted it felt surreal to be coming home with two Paralympic medals. "I didn't even know I was going to qualify for the Paralympics – just to qualify was a gold medal for me so to come home with two actual Paralympic medals was incredible," he said. "It still hasn't really set in and I'm not sure if it ever will. Seeing my name next to the word Paralympian was a shock but now being called a Paralympian medallist is another thing completely," he added. 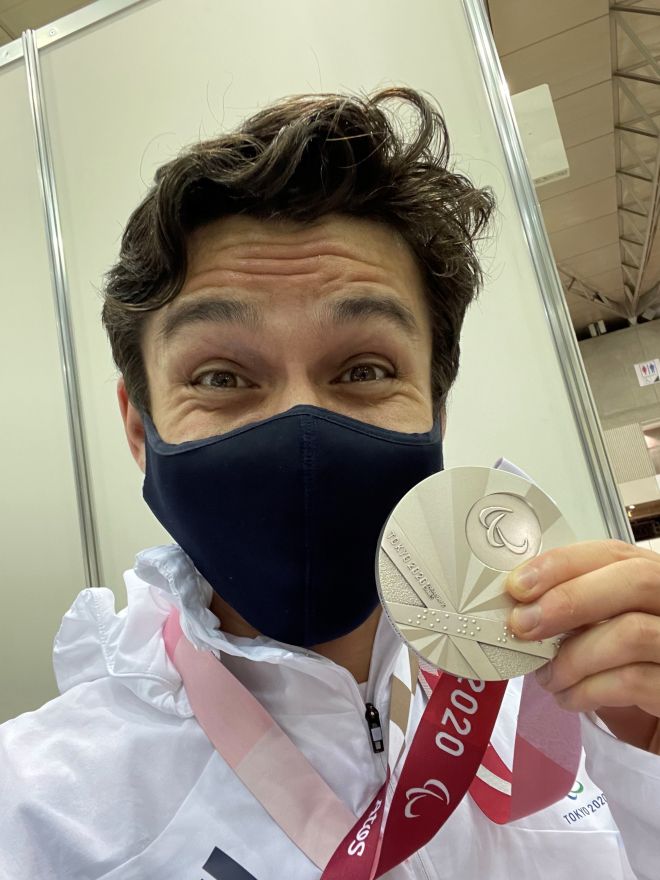 Oliver's Paralympic journey does not end here with his sights firmly set on the next Games in Paris in 2024 The Paralympic double-medallist admitted his favourite moment from the games was having the opportunity to compete alongside his two teammates and coach. "Faced with all the uncertainty of not knowing whether the games would go ahead and whether or not I would qualify, my favourite memory was being able to go to Tokyo and compete alongside two of my best friends and my coach, the latter of who has become a fatherly figure and role model for me," he said.

The 28 year old, who now has his sights set on the Paris 2024 Paralympic Games, was born with Klippel-Trenaunay syndrome, a rare congenital vascular disorder that prevents him from straightening or weight baring on his left leg and requires the use of forearm crutches for support.

Oliver's journey into fencing started less than four years ago when he was told by his doctor that he would never become an athlete or be able to run or walk normally. "This made me want to find out what I was capable of. As an able-bodied person, it's easy to measure what a good running time is, for example, but I never understood what my benchmark was for me on crutches," he said.

"I set out on this journey of self-discovery. I started going to the gym and then wanted a bit more of a challenge, so I began taking part in these intense obstacle races around the world called Spartan races."

From there, Oliver set out to find a suitable Paralympic sport. "I discovered wheelchair fencing and started training at a club in London," he said. "Within six months I took part in my first competition in Hungary representing Great Britain."

Oliver studied architecture at undergraduate and postgraduate level while at Kingston. He was a high achiever who won numerous awards for his work, but discovering sport opened up a whole new world. "As a disabled person, I always felt the need to be better than everybody else in order to be seen as equal. I couldn't just get an average grade and that's why I really pushed myself to be the best and achieve the results I wanted," he said.

"Becoming an athlete changed me in that it really taught me what it meant to fail. You will do your best each day and can work as hard as possible but that doesn't mean it's going to be enough and that can be tough," he said.

Bruno Silvestre, who taught Oliver throughout his time at Kingston, said his success at Tokyo is testament to his character and work ethic. "What Oliver achieved in the years he spent at Kingston, and in the last few years to have then won these medals in Tokyo came as no surprise. It shows the true meaning of courage, endeavour and commitment, whatever the circumstances in your life," he said. "His journey is a lesson to us all, to gather positive energy from the instances in which negativity and adversity is added to our already challenging lives," he added.

Oliver has fond memories of his time at university. "I look back on my time at Kingston University fondly. I had very supportive tutors and I really enjoyed my time there," he said. "My personal tutor, Bruno Silvestre, was incredibly supportive. He helped me to come to terms with my disability. It was the first time someone saw me for who I was aside from my disability," he added.

On top of being an athlete, Oliver uses his social media and YouTube channel to debunk myths about disability and being a Paralympic athlete, as well as talking about issues such as mental health. "When I was younger, I suffered with low self-esteem and I always felt there was a great distance between myself and seeing these amazing heroes competing in the Paralympics," he said.

"For me, social media has been a great way to bridge that gap. I try to speak to the younger version of me and show the raw, behind the scenes footage of being an athlete and the everyday challenges. I try to show that we are all just human at the end of the day," he added.