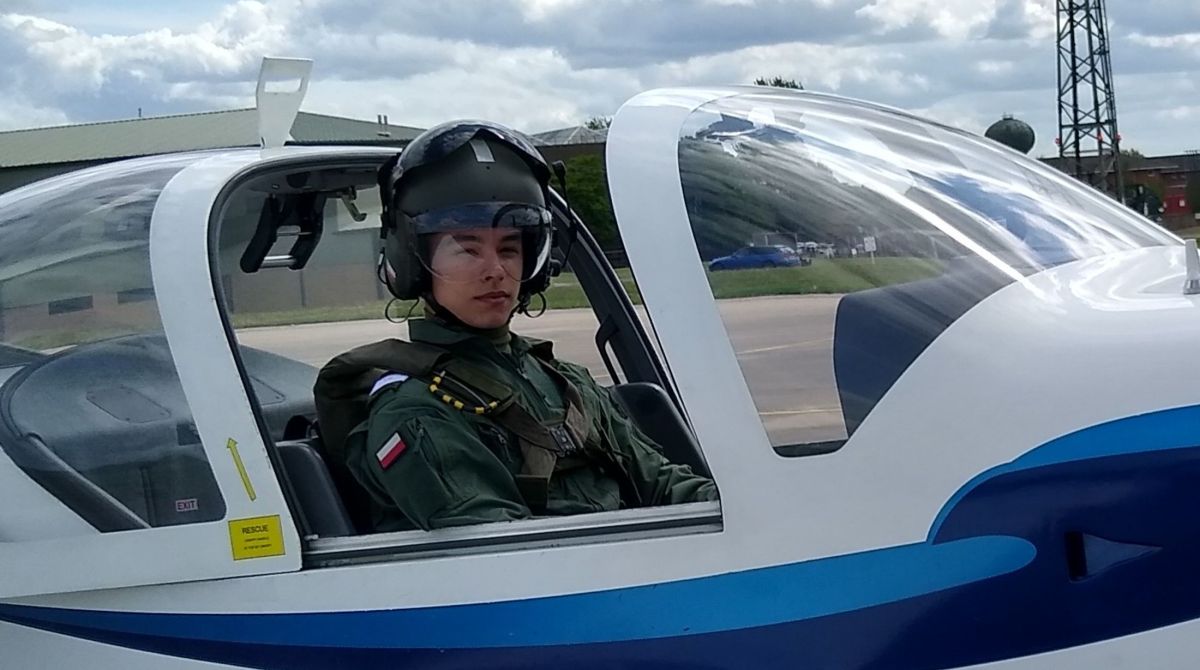 Aerospace engineering student Cyprian Gut has ambitions of being in the Royal Air Force (RAF) after coming through Clearing at Kingston University.

Cyprian, from Merton in South West London, has always been passionate about flying but felt that joining the RAF as an aircraft engineering apprentice straight from sixth form college was not the right move for him.

Instead, he decided to progress to higher education through Clearing, with the aim of climbing the ranks more swiftly. "I realised that, rather than spending years as an RAF apprentice, the best way for me to progress my career quickly was to get a degree in aerospace engineering at university," he said. "It's still my dream to join the RAF once I've finished my studies. I hope that by doing a degree I'll be more qualified and possibly be able to join as an officer.”

While studying at Kingston University, Cyprian is also a member of the national RAF University Air Squadron, which means he gets the opportunity to fly planes and have some privileges RAF officers receive.

Aerospace engineering had always appealed to Cyprian as he was in the cadets as a teenager and studied the subject at college. However, once he had set his sights on going to university he realised he had missed the UCAS deadline, so Clearing was his best option. "The process of applying through Clearing was smooth and made me feel confident that I had made the right decision," he said. "I was impressed with how quickly everything happened and was delighted to accept a place at Kingston University," he added.

Cyprian is now soaring through his studies. "I’ve enjoyed the independence that studying at university has given me," he said. "The course is really engaging, and I've enjoyed being more responsible for myself and my studies. The course has been really practical and, given my passion for flying, it has been the ideal degree for me.”

Cyprian has a clear message for prospective students applying to university through Clearing this summer. "Don't be anxious about being unprepared and falling behind just because you came through Clearing," he said. "The first academic year allows everyone the opportunity to get to the same level. There is also plenty of support and guidance if you need it, both academic and pastoral," he added.

Course leader for aerospace engineering Dr Sing Lo said Cyprian's decision to go to university demonstrated the skills that could be learned while studying. "The skills the course can provide will mean Cyprian can then apply to the RAF with so much more knowledge under his belt. This shows how important Clearing is when it comes to giving students a chance to pursue university regardless of their original plans," he said.