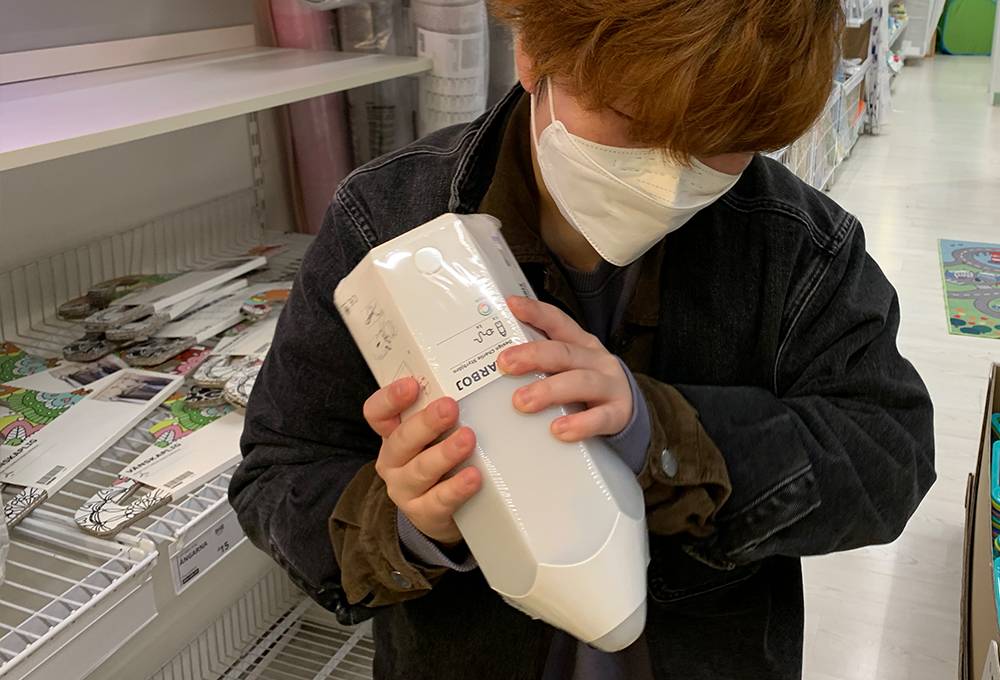 Research project: The Walking Frame: The Expansion of Materiality in Moving Image Installation

This practice-based PhD research is about what new notions of the frame can do with moving image practice and its spatiality concerning the image and exhibition space by developing the connection between Gilles Deleuze's diagram and Sergei Eisenstein's notion of montage. Thereby, it allows me to define my position in experimental moving image practice and develop new methodology through the synthesis of practice and theory by articulating the meaning of the frame in terms of the spatial formation and mental structure within both the reception space and mode of thought claimed by cinematic elements montages, such as the projector beam and the editing technique. Starting with the concept of diagram, primarily from Gilles Deleuze's reading on Francis Bacon's painting in Francis Bacon: The Logic of Sensation (2003), it then expands on the Soviet director Sergei Eisenstein's montage to reveal the latent structure of the organisation that interconnects sensuous conflict created in the mind of the ambulatory spectator in terms of architectural structure and composition of space. Finally, the new understanding of diagrammatic montage space is reflectively synthesised in my filmmaking and its installation experiments to challenge the cinematic spatial formation into the cartographical frame as a creative modulation of moving image space in the contemporary display environment, which reveals the potential connectivity of physical and virtual movement where the viewers are floating, shattered, and suspended.

During my academic experiences within different cultures, I gradually became attracted to the different forms of communication in use, for instance, those between people and their tools. At Musashino University and Central Saint Martins, I aimed to achieve a reflective body of work that combined theoretical research and practice. Particularly in my MRes course, I sought to prove the importance of producing a body of work that merged theory and practical work by engaging with an editing technique based on Sergei Eisenstein's concept of montage and Deleuze's diagram methodology.

I believe design and cinema theory have a common quality that connects technology and aesthetics through practice. Now, it is more apparent that devices are becoming a heterogeneous assemblage, including working and leisure, moving and being still, the public and the personal. Thus, I believe the spatial concept in digital devices should be refocused and re-evaluated from a multidisciplinary position.