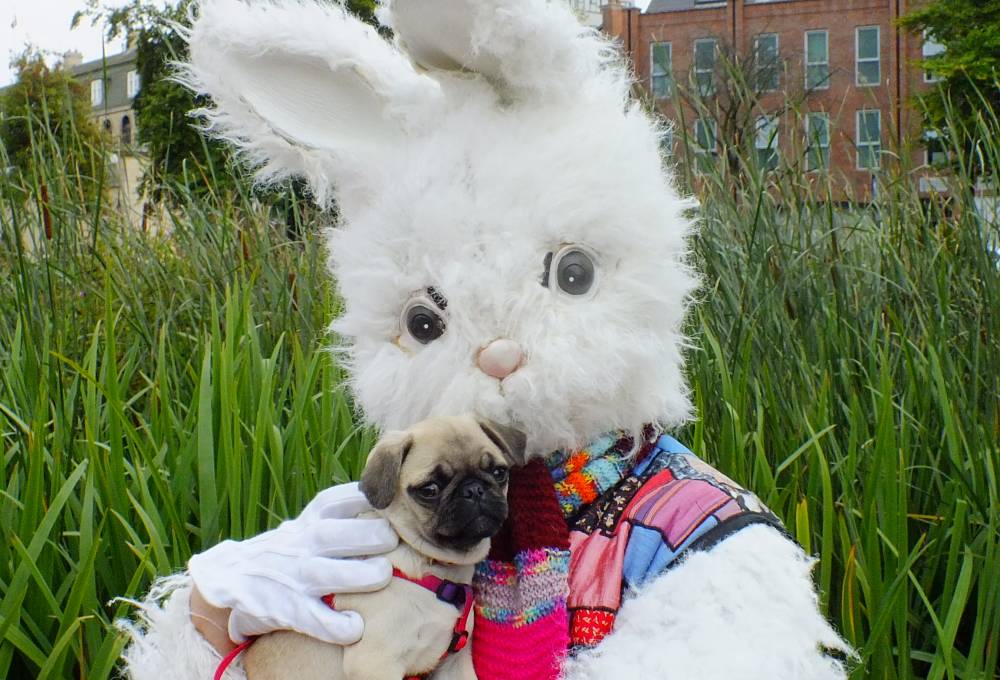 My project-based research will focus on entering the metaphorical rabbit burrow, to delve into the art, myth and folklores surrounding the rabbit. Where does fact and fiction blur? Why has the rabbit become so deeply imbedded in folklore that even in today's society we still practice in ignorance some ritual relating to the power and luck that the rabbit is to behold. "Whether that is a lucky rabbits foot" or saying "White Rabbit" three times every first of the month? This is also linked with religion and sexuality, Spring and Easter ceremonies. Can rabbits actually lay eggs? What is the truth behind these old tales and why do we still practice these rituals in the 21st century?

The research will delve into the existential myths and folklore of the rabbit, drawing upon a rich source of information embedded in the subconscious of society, crossing international culture to thread together a picture and understanding where these myths grew from, who and why? Embodying the essence of spiritual, sexual, and ritualistic practices of the rabbit, using performance as a way to conclude the research practiced within my own work becoming a new mythological creature.

In 2012 I graduated from my MA in performance and visual practices with distinction at Brighton University and since then have been travelling on the international performance scene, attending various festivals across Asia.  I have been travelling to Japan for several years, where I spend a month travelling, performing, and exhibiting artwork at Café Goddard Gallery in Tokyo, Donkey and Orange in Nishi Ogikubo as well as attending NIPAF (Nippon International Arts Festival) where I travelled for two weeks throughout Japan along with other international artists performing in different cities.  I have also travelled and performed in the Philippines and ran free lectures in local schools and talks with local art groups.

I took part in the IMAF (International Multimedia Arts Festival) In Serbia, collaborating with local Serbian artists, and many other festivals throughout Europe.  I have focussed on building up an international portfolio over the past nine years and have a vast network of performance artists that I work with across the world.   My work is mainly existential and live, I have been free to live and breathe as a conceptual performance artist without the restraints of institutions allowing the nomadic element of work to emerge.  In 2019 I took part in the first ever Islamabad Art Festival in Pakistan, where I ran free workshops and lectures and was awarded for my performance "Behind the mask of White rabbit is a Shaman".

My work generally deals with male identity, though I spend most of my life behind the mask of my alter ego Barnes White Rabbit.  In 2016 I was outed by the UK press, which then went viral for my performance of appearing every first of the month on a wall by the river Thames in South West London dressed as a large white rabbit.  This has led me to investigate aspects of the art, myth, and folklore of the rabbit.