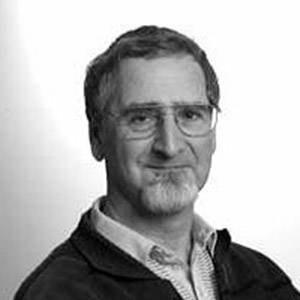 Dr Anthony Lucas-Smith graduated with a PhD in information systems in 1991.

Following his undergraduate degree at King's College London and MSc at Birkbeck College, his PhD at Kingston University gave him the confidence to follow his passion, placing him at the forefront of developments, particularly in Artificial Intelligence and Complexity Science.

Anthony began his PhD whilst working for International Computers Limited, but halfway through his studies he was made redundant. Despite having a young family to support, he managed to carry on with his doctorate through securing lecturing work at Kingston. This twist of fate introduced Anthony to his second career; inspiring him to enter academia. Anthony went on to be a respected member of the Open University's academic staff and adding immeasurably to the growth of the IT industry in the UK. Despite retiring a few years ago, he retains a position at the Open University, guiding a handful of students through their own research.

Anthony's own experiences have left him wanting to do more for those who have the talent but not the means to pursue their academic ambitions. "Had I not found the means to complete my studies, I would not have been able to play my part in educating the next generation for an industry that has been at the heart of the UK economy for many years."

Anthony cares deeply about higher education and young peoples' futures. He believes that education should be about excellence and cutting-edge research, and that we should give as many people as possible the opportunity to participate.