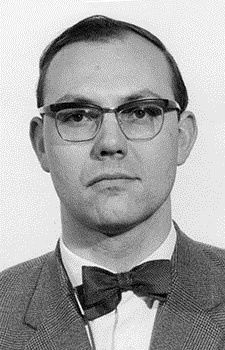 John Westcott Selley (1934-2011) taught law at Kingston from 1967-1969, before embarking on a successful 25 year career as a solicitor, specialising in pension law. John's legacy gift has enabled the Law School to set up a book award scheme for less well-off students, to enable them to afford these vital tools of the trade.

John's early life saw him selling encyclopaedias door-to-door and fighting communist insurgents in Malaya, before finding his calling in law. He told family and friends that his time at Kingston had been life changing; one of the happiest periods of his life.

"Being a solicitor, John loved the sound of his own voice," said Richard, Selley, John's brother. "So he particularly enjoyed lecturing! The students nicknamed him 'death and disaster Selley' because he always came up with the most dramatic and catastrophic scenarios in hypothetical legal cases." 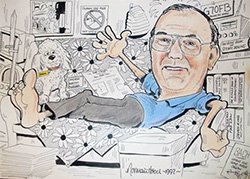 Roger Holmes, former head of the Law School, was a student of John's in the 60s. "I think John liked me as I was one of the only students who enjoyed learning about equity. He was pleased when he heard I had been appointed head of the Law School and contacted me to discuss making his legacy gift."