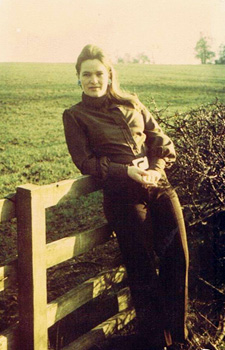 A design graduate in Interior Design BA (1966) and Auditoria Design PgDip (1967) from Kingston College of Art, as it was known then, Lynne Holland (1944-2011) worked as an interior designer throughout her career, specialising in commercial, retail, leisure and hospitality areas. Her passion for her work and for education led to a desire to provide opportunities for others. When Lynne passed away in 2011, she left a legacy to help interior design students with their fees.

Lynne's friend and fellow alumna Vanessa Gardner said, "Lynne was unhappy that students now have to pay fees on top of their living costs. She was concerned that talented young people would be unable to study a subject she considered important and valuable to the community."

Lynne was a regular at the annual graduate diploma show at the University's Design School. She loved to come back and get a boost from the students' fresh new ideas. She has been missed in the years since her death, though she will now be represented by Lynne Holland scholars presenting their work at the show; scholars who are only there because of Lynne's generosity and foresight.