Our Student Hardship Support Fund is for students who, through no fault of their own, need financial help to complete their studies. The pandemic was especially difficult for students who did not have family to support them. Now, with the cost-of-living crisis, students are faced with even greater financial difficulties.

Our team are working round the clock to support students in need. As well as awarding grants, we are assisting with students' mental health needs, signposting for advice and support and delivering employability skills.

Our students are doing all they can to transform their life chances, and we don't want a lack of finances to stop them.

Help us to help them > 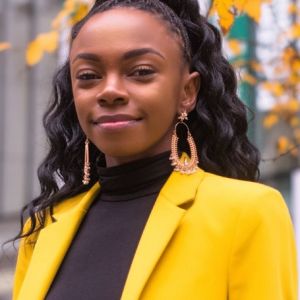 Rochelle was told that she had to pay back thousands of pounds to the Department of Work and Pensions after multiple errors resulted in her being overpaid Universal Credit while she was studying at Kingston.

Despite notifying them she would be receiving student finance and querying the amount she was receiving, they continued to pay her more. "At that point they should have reassessed my payments, taking into account my student finance income. The DWP advisor assured me that I was receiving the correct amount. A few months into starting my degree I received an official letter from the DWP informing me that they had overpaid me by around £2,000." She was told the overpayment would be deducted from subsequent benefit payments in instalments.

The nightmare continued when the following year she heard from the DWP again: "I was told I had been overpaid again by approximately £10,000. This overpayment was due to the DWP losing paperwork I had shared with them, and not communicating that the original overpayment had increased by roughly £8,000."

With this huge debt hanging over her while she tried to complete her studies and support her three-year-old son, Rochelle's mental health suffered and at this point the KU Cares Team stepped in and helped in two key ways:

Thanks to their admission of fault, Rochelle eventually managed to get the DWP to waive part of the debt, though she is still paying back the remainder, and managing the longer-term impact of the ordeal.

You can support more students like Rochelle to stay the course and complete their degrees.

Help us to help them and give now >