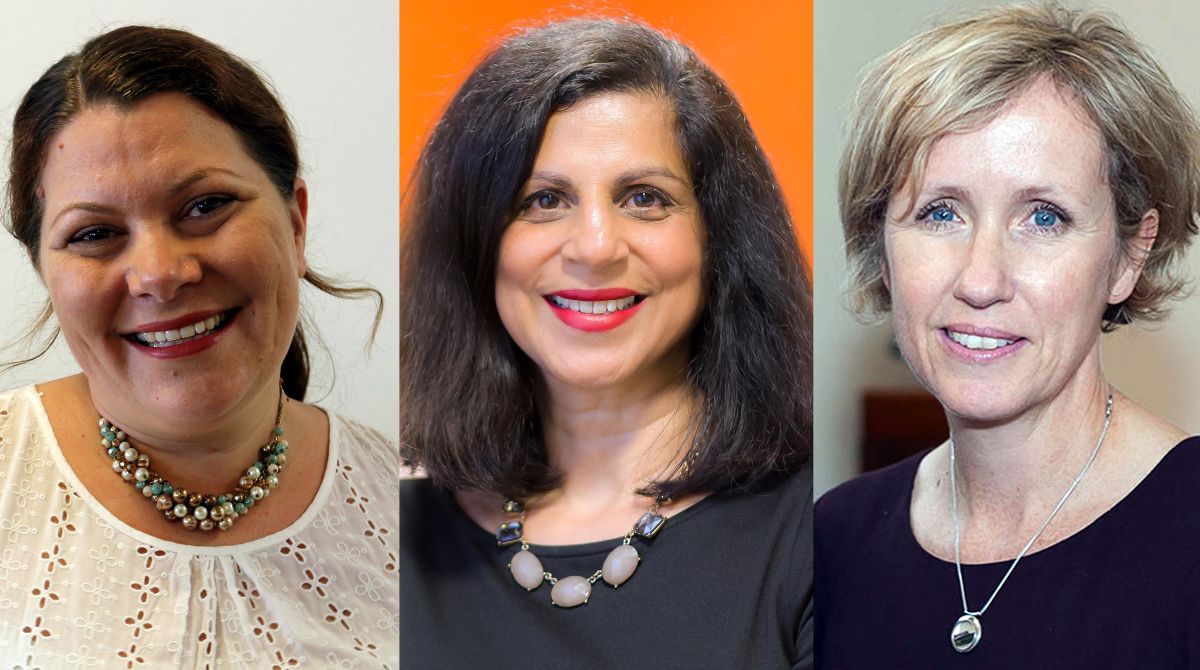 Two leading champions of diversity, inclusivity and widening access to higher education have been recognised for their achievements in this year's Queen's Birthday Honours List – alongside an academic whose pioneering research is helping stroke survivors regain their independence.

As Director of the University's Equality, Diversity and Inclusion team – one of the departments that forms the new Directorate for Student Achievement – Ms McDuff was instrumental in the University achieving the Guardian Award for Teaching Excellence earlier this year for its inclusive curriculum work. She also spearheaded the work to build inclusivity into the academic career framework, which led to the University scooping the national newspaper's HR Diversity Initiative Award in 2014.

Ms McDuff said she hoped her recognition in the honours list would shine a light on the important equality and diversity activity being stepped up across British higher education institutions. "My career to date has been dedicated to trying to help people from all backgrounds achieve their very best at University," she explained.

"The past few years have seen many initiatives designed to support this aim and I am very proud that my personal efforts in this field have been recognised. There is still much work to be done though and Kingston University will continue to lead the way in helping students break down the barriers to success."

Ms McDuff sits on the Teaching Excellence Framework (TEF) panel, which evaluates teaching practice in higher education providers across the country. She is also a member of the ministerial Social Mobility Advisory Group, chair of the Higher Education Race Action Group and served on the Leadership Foundation Diversity Advisory Group and the London Higher Diversity Steering Group. In 2015 she was invited by the Higher Education Academy to launch a sector project on the BME attainment gap and is currently leading a £1 million Government-funded project working with six other higher education providers to expand the University's successful approaches to making the curriculum more inclusive.

Jenni Woods, who has worked at Kingston University since 2001, leads a team dedicated to encouraging people from under-represented groups to move on to higher education. She was instrumental in designing and leading the University's Compact Scheme, which supports more than 1,000 students each year from marginalised and disadvantaged groups, providing tailored assistance from entry to employment.

As well as ensuring a wider representation of society went on to study at university, providing them with the support to succeed once there was just as important, according to Ms Woods.

"I've always said widening participation doesn't happen in isolation. It should run through the whole institution and that's what we've been so successful in implementing here at Kingston," she said. "I love my job as I really feel the work we do has a tangible impact on people's lives – what better reason can you have to go to work in the morning, working with a team that is so committed and believes so strongly in what we do."

The University's commitment to widening participation has seen it named University of the Year in the prestigious NEON awards for the past two years, with Ms Woods presented with the Outstanding Contribution to Widening Access gong by the National Education Opportunities Network in 2016. She is a member of the Executive Committee for the Forum for Access and Continuing Education and sits on the Access Agreement Reference Group for The Office for Fair Access (OFFA).

Professor Fiona Jones' career has been dedicated to helping people recover following stroke, brain injury and long-term neurological conditions, with a strong focus on person-centred care. She is the founder and CEO of Bridges Self-Management – a leading programme which aims to help stroke survivors become more involved in their own rehabilitation – and also leads a project funded by the National Institute for Health Research, looking at how to help patients on stroke units play a key role in their own recovery.

"Stroke rehabilitation should always be about getting to the heart of what is important to people and supporting them to be involved and active partners in their recovery and care," the academic from the Faculty of Health, Social Care and Education, run jointly by Kingston University and St George's, University of London, said. "Over the years I have learned that we don't hold all the answers and working together with patients and families we can achieve greater and more meaningful outcomes."

Professor Jones' string of accolades includes the Life After Stroke award for excellence from the UK Stroke Association and the South London Higher Education Innovation Award for her role with Bridges Self-Management. Having begun her career as a junior physiotherapist at Kings College Hospital, London, the academic from the Faculty of Health, Social Care and Education – run jointly by Kingston University and St George's, University of London – was made a Fellow of the Chartered Society of Physiotherapists in 2011 and was the President of the UK Association of Physiotherapists in Neurology from 2013-2017.

Vice-Chancellor of Kingston University Professor Steven Spier said the recognition for all three staff members highlighted the University's commitment to providing the best opportunities and education for students from any background, as well as conducting the cutting-edge research that can help change people's lives.

"This well-deserved recognition for those leading the way in areas that are so important us – diversity, inclusion, equality, widening access and research – showcases the very best of what Kingston University is about," he said.

It wasn't just University staff members who were recognised in this year's Queen's Birthday Honours List however, with several notable alumni also being honoured for their achievements since graduating. Ruth Bovill, a headteacher at Heathermount Special Needs School in Berkshire, was awarded an OBE for services to special educational needs and disabilities, while four other former Kingston University students received MBEs in the awards.