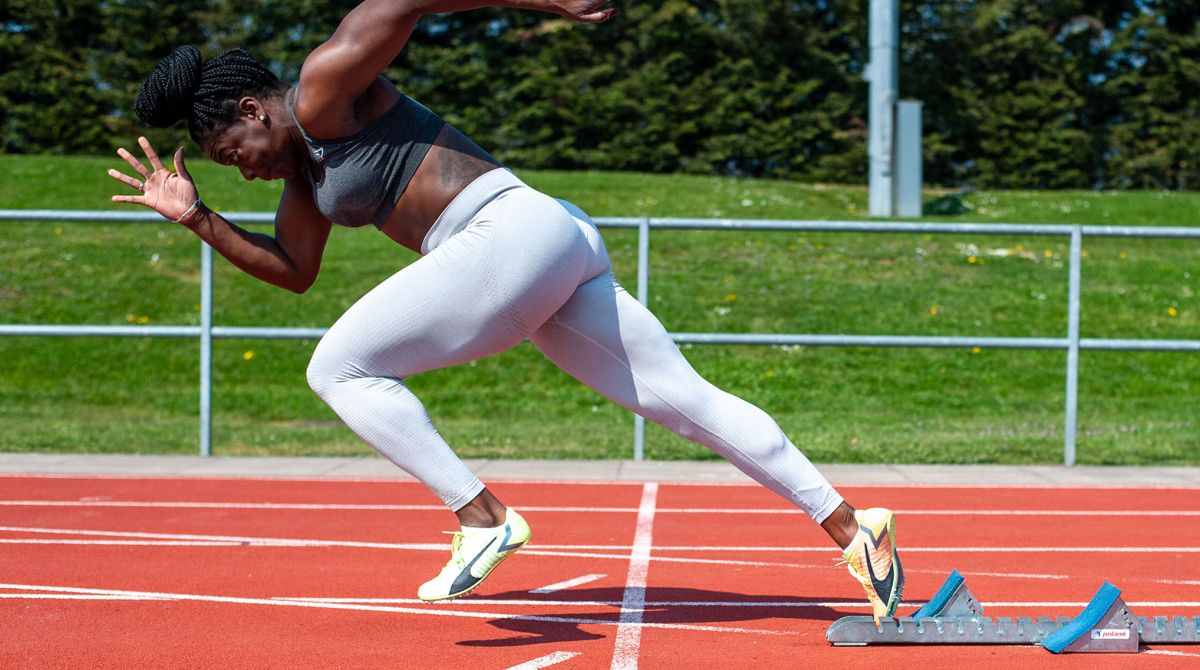 A Kingston University alumna who has represented Great Britain at a host of international events in both athletics and gymnastics has spoken of her experience of the delayed Tokyo 2020 Olympic Games, held last year, and her aspirations for 2022 and beyond.

Sprinter Asha Philip, who graduated in drama from Kingston School of Art in 2012, scooped a bronze medal in the 4x100m relay in Japan, which was her second time competing in the Olympic Games.

Reflecting on her victory, Asha admitted it was surreal competing without any spectators, due to Covid-19 regulations. "Tokyo was one of the best events I've competed in – purely because of its incredible technological advancements. It was an experience I'll never forget, however, seeing contestants break world records in a beautiful, hi-tech, but empty, stadium was heart-breaking at times," she said.

The athlete explained how it felt to be confined to the Olympic Village, one of the restrictions put in place to curb the spread of coronavirus. "We were really isolated, but we made do with what we had. We had to be professional and stay safe within our bubble," she said. "But we found new ways to entertain ourselves – some of us started doing TikTok videos, and I got to know my team better than I have previously, which was really nice."

The sprinter now has her sights set on competing in the relay at The World Athletic Championships in Oregon, USA, and the Commonwealth Games in Birmingham, which are both taking place this summer. She is waiting to find out if she will qualify. 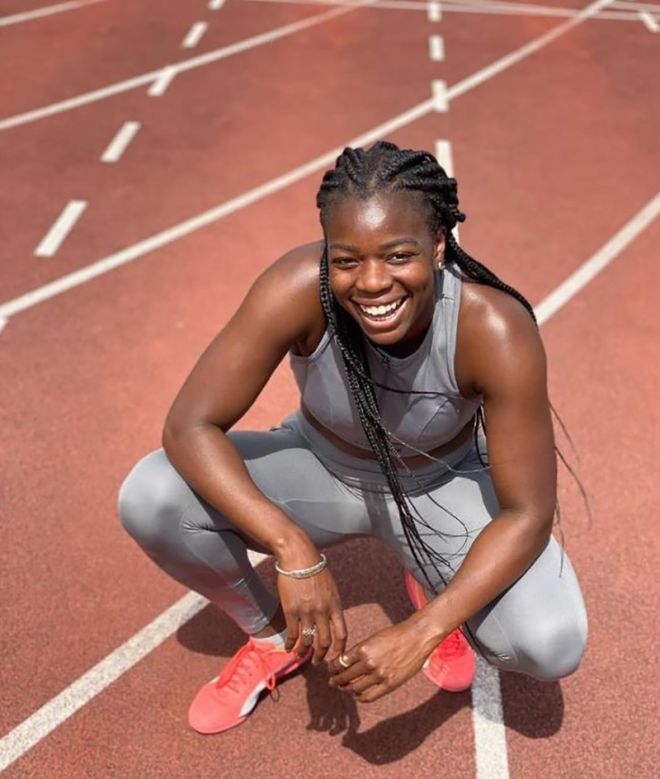 "I want to be able to give back – giving children more opportunities is a real passion of mine," Asha Philip said.Born in London and with family ties in the Midlands, Asha said competing in this year's Commonwealth Games would be of sentimental importance for her. "My family are from the Midlands and my aunt lives just five minutes from the track, so being able to take part would be particularly special," she said.

Asha has represented Great Britain in both athletics and as a junior gymnast. At the age of 16, she became Britain's first woman to achieve a global 100m title by taking gold at the 2007 IAAF World Youth Championships. Later that year, a serious ligament injury caused by a freak landing at the 2007 Trampoline World Championships in Quebec, Canada, threatened her sporting career. After three years of recovery, she decided to focus on athletics and competed in several international races, while being supported by the University's Sports Performance Programme.

A hamstring injury kept her out of contention for a spot at the London 2012 Olympics, but Asha soon returned to the top of her game, winning bronze at the Commonwealth Games and gold at the European Athletics Championships in 2014 - both in the 4x100m relay. Two years later at Rio 2016, Asha and her teammates won Great Britain's first Olympic medal in the women's 4x100m relay since 1984, taking home bronze.

For aspiring young athletes who may face similar physical and mental setbacks, the Kingston alumna gave a few words of advice. "It's not an easy process but once you accept that and whatever stage of your journey you are at, it's easier to take the first step and move forward with it," she said. "Give yourself days off to remind yourself of why you started, what's your end goal and how you're going to get there. When I feel like I can't do it anymore, I take 24 hours off to do whatever I want and reset – find whatever works for you to keep moving forward."

Asha has fond memories of Kingston University where she was captain of the netball team and benefitted from the Sports Performance Programme, designed to help talented athletes juggle intensive sporting schedules with their academic studies.

"I made great friends from my time at University who I'm still friends with to this day. It felt like a real community," she said. "Sport is all about time management and planning out your week, especially when juggling it with other priorities. To become a professional athlete, you need to allocate the appropriate amount of time for it each day to hit your goals. Having access to the Sports Performance Programme helped me organise my time effectively around my training and studies."

In the future, when her athletics career comes to an end, Asha is considering several options, including becoming a mentor to help children get into sport. "I want to be able to give back – giving children more opportunities is a real passion of mine. I had such a great upbringing and a great support network to rely on. I really want to give another child that experience to help them reach their full potential," she said.