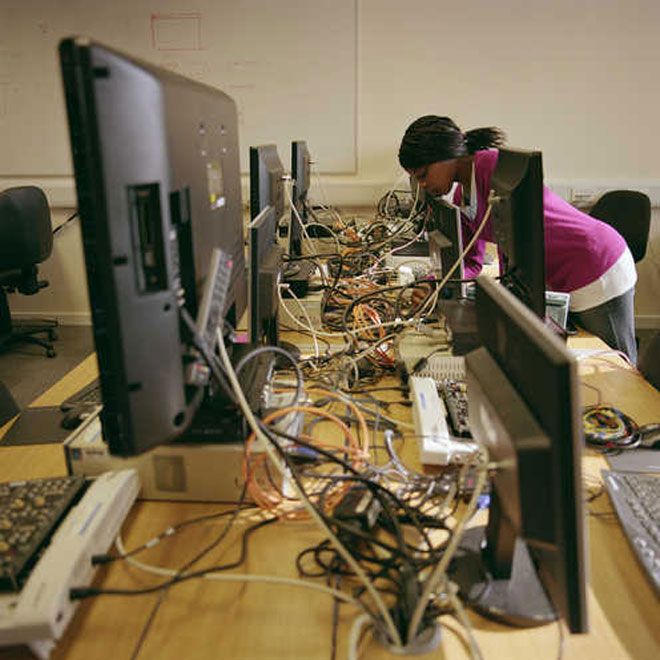 JPY is a company that specialises in workflow software, used particularly in creative industries which need to move large volumes of data at high speed. End users include the government, BBC and ITV, and several national newspapers.

JPY wanted to enhance their new commercial web application called Threads. Threads lets companies share, store and search their digital messages (including emails, phone calls and social media) and is useful in large projects that involve many partners who are using diverse forms of communication.  It automatically and intelligently maintains an up-to-date contact list by analysing those digital messages.

Threads could replay, but not search, audio. To keep ahead of the competition, JPY wanted to embed new technology which would use automatic speech recognition to permit audio conversations to be searched, and voice recognition to identify who was speaking.

Few individuals outside of academia have sufficient knowledge of the current state-of-the-art in speech recognition, so a Knowledge Transfer Partnership (KTP) with experts at Kingston University was an ideal solution.

The objective of the two-year KTP was to allow the company to add core functionality in speech recognition and voice recognition to audio conversations.

Kingston University graduate Thomas Michel, who has a Masters in Software Engineering, was recruited as the KTP associate to manage the project. He was supported by academics from the School of Computer Science and Mathematics and management within JPY.

The KTP was beneficial in allowing the company to pursue several tranches of research and development without the distraction of the day-to-day running of a commercial business.

Open source software was the most commercially-viable platform on which to develop the speech recognition capability, but the work performed by Thomas demonstrated that these applications lacked functionality and could not generate sufficiently accurate transcriptions from the audio available from telephone calls.

So although the KTP changed direction, the project has still enabled advances to the functionality and potential capability of Threads. The research helped to develop JPY's in-house capability for text-based classification of messages and has also provided a platform upon which future speech recognition technology can be developed.

The interaction with academics at Kingston provided knowledge, references and contacts that have given the company an important external perspective on the project. It also encouraged JPY colleagues to publish their work which, strategically, will be important for the ongoing credibility of Threads.

Through the development budget which was included in the KTP grant, Thomas attended training in marketing and ethical hacking, which has positively fed back into JPY's wider strategy and practice. He also brought new knowledge of cyber security and cloud computing into the company.

The KTP has sown the seeds for the next phase of the development of Threads, and following the completion of the project, Thomas accepted a permanent position at JPY to help take the company forward.

As well as the obvious practical benefits of taking on a member of staff dedicated to R&D, the value of the relationship built with Kingston University cannot be overestimated.  Over the period of the KTP, we have jointly submitted 5 peer-reviewed papers describing our work. In a field dominated by multi-national corporates and academia, this has massively increased the credibility of our project and has been an effective marketing and sales aid.