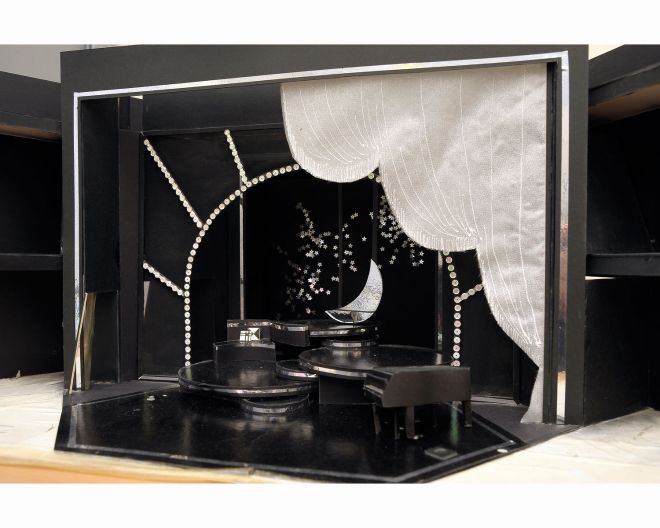 Sheridan Morley was a renowned theatre critic, who wrote for several publications during his career. Coming from a theatrical family, Morley worked in almost all branches of the performing arts; including as an author (notably writing biographies of actors and actresses), broadcaster, deviser and director of shows, and cabaret artist.

The Sheridan Morley Theatre Collection reflects Morley's work in and love of the performing arts. His library of more than 5,000 books contains texts on almost every aspect of performance, with notable collections of biographies and play scripts. His archival collection holds correspondence, copies of his writings, research and notes from his work on books and shows, and a large amount of historical theatre memorabilia he collected throughout his lifetime.

The Stephen Sondheim Society was established to promote and celebrate the work of renowned musical theatre composer Stephen Sondheim, whose work includes West Side Story, Into the Woods and Sweeney Todd.

The Stephen Sondheim Society Archive contains material collected by the Society on Sondheim and his work, including programmes, leaflets, posters, press articles and reviews, books, recordings, and memorabilia. It also contains materials on the work of the society itself, including a complete run of their magazine. The archive continues to grow as the society continues its work and the musicals of Stephen Sondheim are performed. 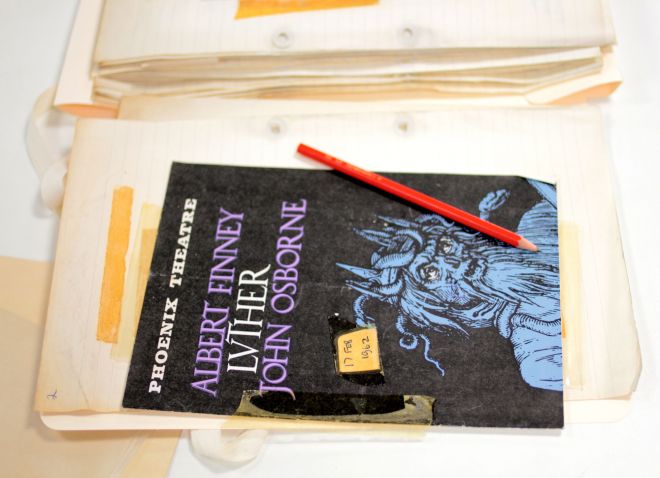 David Heneker was a musical theatre composer, whose work includes Charlie Girl, Irma la Douche, and Half a Sixpence which was adapted into a very successful feature film in the 1960s. His career in musical theatre followed several years of writing songs for cabaret performers, and to support the war effort during the Second World War.

The David Heneker Archive contains working papers for the many shows and songs he worked on, including script drafts and original scores and lyrics for songs, as well as memorabilia such as programmes and posters. The collection also includes correspondence, photographs, and items relating to Heneker's work during the Second World War.

Brian Smith was a teacher, working in Australia before moving to Britain in 1956. Outside work Smith was extremely passionate about the arts in all its forms: cinema, literature, music, theatre and ballet. In his early days as a teacher he supplemented his income by working as a dresser in London's West End. Throughout his life he continued to visit the theatre regularly to see plays and concerts.

The Brian Smith Theatre Programme Collection contains the theatre programmes that Brian Smith collected through his many years of visiting the theatre. A number of programmes for first runs of significant plays are included, and he saw a great many productions by the Royal Shakespeare Company. There are also programmes for operas and classical music concerts.

Cary Ellison began his career as an actor in 1939. Eventually Ellison moved on from acting and joined casting directory Spotlight in 1953.  As part of his work Ellison would tour repertory theatre companies twice a year, making notes on each play including the cast and director, to help match the actors with suitable parts, and to identify future stars.

The Cary Ellison Theatre Programme Collection consists of the theatre programmes he collected on his tours of repertory theatres from 1953 to 1980 with his notes on the cast and plays. The notes they contain are very detailed and in some cases run to great length.

David Jacobs was an extremely popular broadcaster and disc jockey, particularly known for his work on Jukebox Jury and his many radio programmes. He also had many associations with Kingston and Kingston University.

The David Jacobs LP Collection consists of more than 1,000 LPs from David Jacobs' personal collection. They represent a range of musical tastes including easy listening, film soundtracks, swing, folk and jazz. The LPs are held and can be borrowed from the Nightingale Centre Library at the Kingston Hill campus. 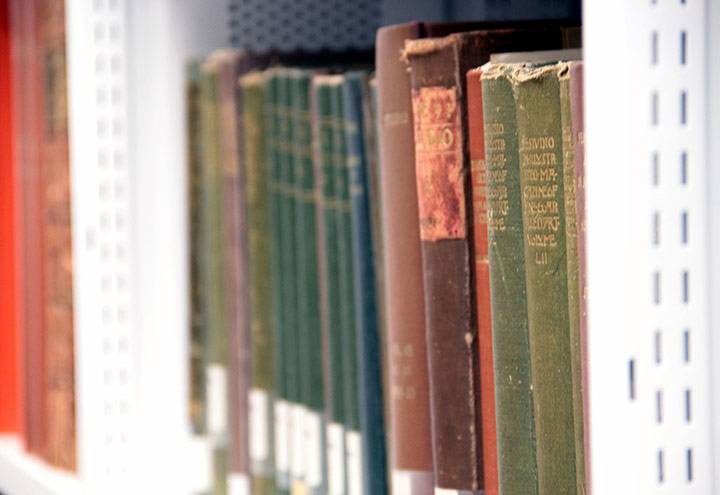