Clearing helps aerospace student to reach for the stars

Clearing helps aerospace student to reach for the stars 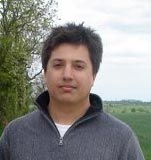 Ashwin Needham has found the sky is the limit since taking up a place at Kingston University through Clearing. The 26 year old, from Wimbledon, went from working in a bar to designing a rocket which could whizz 7,000 feet into the air. He hopes the new skills he is acquiring while studying engineering will stand him in good stead for getting an interesting career when he graduates.

The engineering student decided to give education another go after originally dropping out of a mechanical engineering degree at Nottingham University when he was 18. â€œI just donâ€™t think I was ready to study at that age,â€ he said. After a string of bar jobs he decided to re-sit his A-level maths exam at Albion College in London. â€œI hadnâ€™t really thought about going to university so I hadnâ€™t applied through UCAS but when I got my result I was really pleased,â€ he said. â€œThis time around I wanted to stay near my family and friends in Wimbledon. Iâ€™d heard Kingston had a good reputation for engineering so I rang their Clearing hotline.â€

After speaking to a student adviser, Ashwin was put through to an academic in the Faculty of Engineering and offered a place on the spot. He has now just completed the first year of a degree in aerospace engineering with astronautics and space technology. â€œIâ€™ve met lots of great people since Iâ€™ve been here and the course is a good mix of practical and theoretical work,â€ he said. â€œWe made an aircraft wing and tested the weight it could take as one part of the course which was fascinating.â€

Ashwin has also joined the Universityâ€™s Rocket Club where he gets to put his theoretical skills to practical use. Armed with plastic tubing and rocket-building kits, club members each had to design their own rockets. â€œOnce weâ€™d designed them we took them down to a farm to practice,â€ Ashwin explained. â€œThey went so high we had to get air space clearance. Mine went to 7,000 feet. It was fantastic seeing something Iâ€™d made from scratch soar so high.â€

Ashwin said he hadnâ€™t found it a disadvantage coming to university in his mid-20s and would advise other students who perhaps gave up on university in their late-teens to give it a go. â€œI would definitely say consider education,â€ he said. â€œAt first it was interesting staying behind when my friends went off to university but I found myself at a bit of a dead end in terms of jobs. Iâ€™ve not finished the course yet but Iâ€™m hoping it will really help my chances of getting a job. Iâ€™m not sure what I want to do when I leave university but Iâ€™d be interested in doing something in the aerospace or space industry. I donâ€™t think it matters coming to university when you are a bit older – I donâ€™t think anyone has even noticed!â€