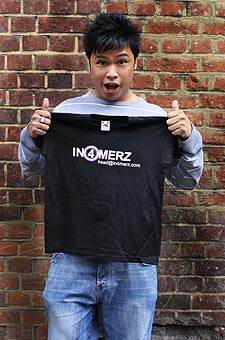 Lady GaGa, the Sugababes, Pixie Lott and Miley Cyrus are just some of the big names Kingston University student Davidson Manalang has found himself working with since he graduated with a degree in media technology in 2008.

Itâ€™s a far cry from the day he opened his A-level results and realised he hadnâ€™t quite made the grades required to get on to his course.Â  Originally set to study sociology and psychology with a career in either social or youth work in mind, Davidson was forced to think again.

â€œMy A-level results were a shock.Â  I had been coasting along and suddenly I wasnâ€™t going to be where I thought I would be.Â  It really made me stop and think about what I was doing,â€ the 21 year old said.Â Â  Realising he had to make a decision fast, Davidson was determined not to let the setback stifle his study hopes and got straight on to the UCAS website to see what other course options might be on offer.

With a keen interest in music and film, it wasnâ€™t surprising that a course in media technology at Kingston University in South West London caught Davidsonâ€™s eye.Â  Knowing there was no time to waste, he got on the phone to the University.Â  â€œI was a little daunted by the thought of going into Clearing, and still reeling from the shock of what had happened with my results, but I knew that it was up to me to make it work out.Â  I was really lucky to have the support of my family and friends and it was tough, but worth it,â€ he said.Â  Very soon he was speaking to the course leader who offered him a place at Kingston. 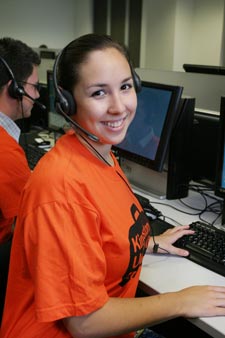 Davidson graduated in 2008 with a 2.1 and is now a junior account executive at In4merz, part of Hudson PR.Â  As part of the â€˜on and offline street teamâ€™ he is charged with helping 12-21 year olds get involved in the fast-paced world of music publicity.Â  â€œWe put young people in touch with big name labels including Universal, Sony Entertainment and EMI.Â  They get hands-on involvement in the promotion of their favourite acts and some even get to meet them,â€ he said.

Davidson advises A-level students entering Clearing to keep an open mind and make the most of the different opportunities available.Â  â€œNot getting the results I needed totally changed my outlook on life, but Iâ€™ve worked round it and ended up in a better place,â€ he said.Â  â€œNow Iâ€™m working in the music industry as well which is a really big bonus.â€

â€œI wanted to work with and motivate young people and also put something back into the community and Iâ€™m still doing exactly that.â€