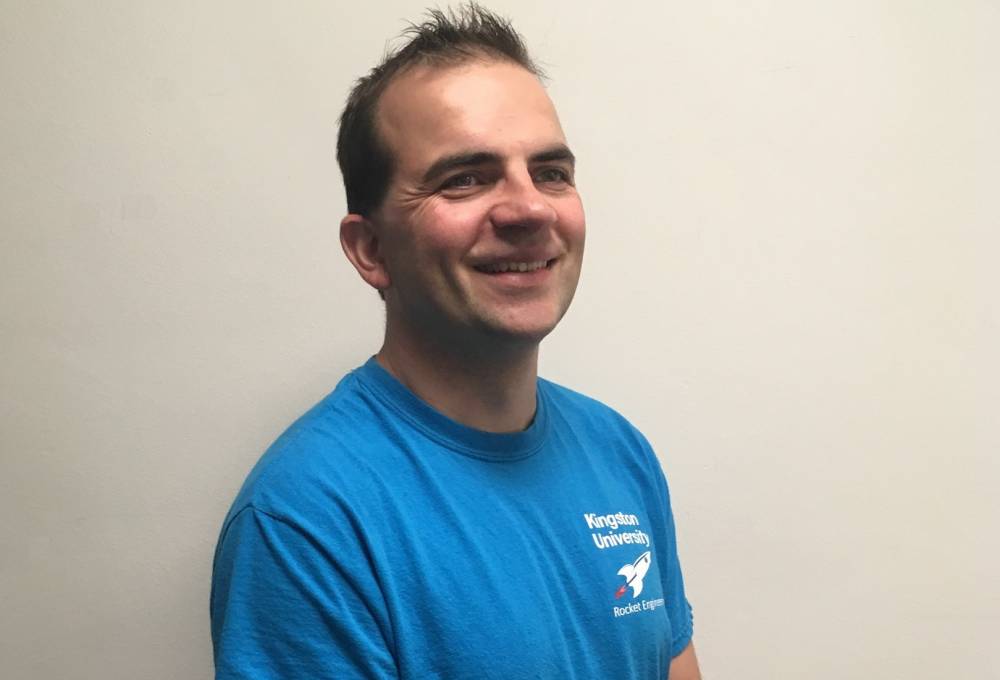 About
Teaching and learning
Research
Leadership and management

I graduated with a degree in 'Physics with Satellite Technology' in 2006 from the University of Surrey and again in 2011 gaining a PhD in 'Pulsed Plasma Thrusters for Small Satellites' from the Surrey Space Centre (SSC). I helped establish the Electric Propulsion (EP) facility there and spent several years researching and building EP devices. The first EP device I designed, tested and built that was sent into space was on the UK first CubeSAT 'STRaND-1', which was nominated for a Times Higher Education Research award.

In 2013 I joined industry and worked for Surrey Satellite Technology limited. I spent two years in Assembly, Integration and Testing, building micro satellites and then a further three years in the propulsion team working on mono-propellant and chemical propulsion systems and EP ground propellant loading hardware.

In 2018 I joined Kingston University (KU) becoming a champion for the KU Space facilities including the Rocket Lab and the KU Gravity Drop tower.

In 2020/21 I have spent time developing KU Space technology facilities, championing the upgrade to the Rocket Test facility and leading on processing the donation of several vacuum chambers and specialist plasma propulsion testing equipment, to be used as part of a future space technology laboratory.

In 2020 I became a PI on a Metamorphic Parachute Deployment System for the UK Space Agency.

From a research perspective I have been exploring how to use neural networks in the field of space technology and investigate the advances that they can bring to the sector.

I am interested in all aspects of Space Propulsion, from engines and system components used to launch technology into space to exploring new concepts and ideas of moving around in space. I have a hands-on approach to my teaching and research and prefer to demonstrate concepts and ideas through physical testing than purely theoretical work.