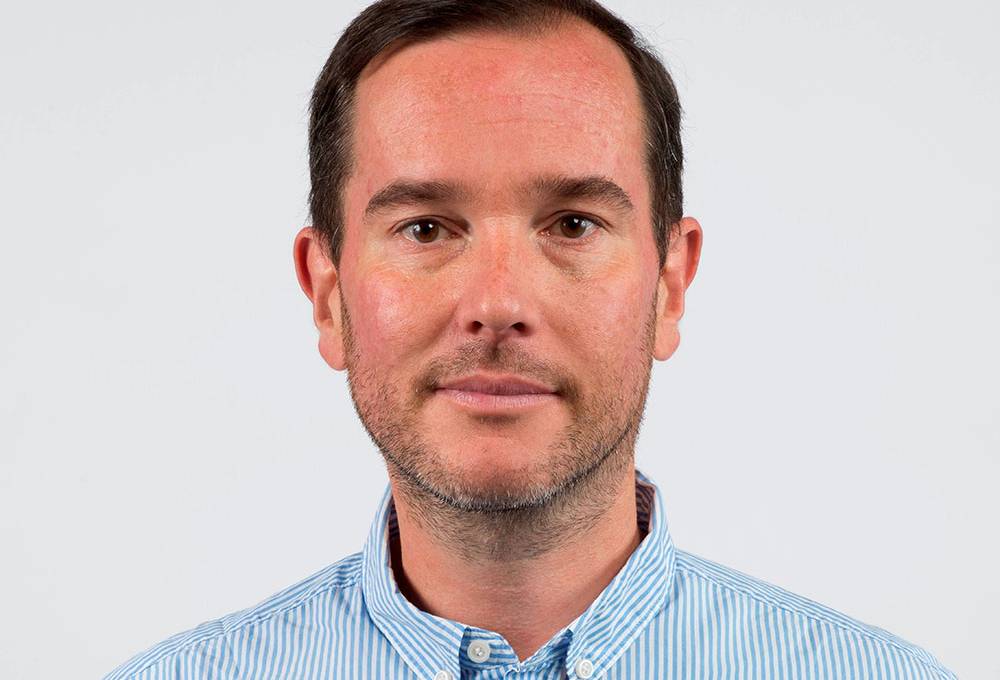 I am the Postgraduate Research Director for the School of Art & Architecture and departmental PhD coordinator for Fine Art. I am coordinator of the Contemporary Art Research Centre and founding member of the We Are Publication research group comprising staff and post-graduate researchers.

The production of my artwork is predicated on a dialogue with an extensive and diverse cast of historical figures comprising artists, writers and fictional personae. Prominently among these feature Stephen Tennant (1906-1987), Mary Delany (1700-1788), Johann Joachim Winckelmann (1717-1768) and Ronald Firbank (1886-1926). The primary method for the creation of my artwork is collage, employed across a range of media and activities including works on paper, sculpture, painting, curating and publishing.

In 2017 this approach has been exemplified by my book Gutters of Gold (Black Dog Publishing) and my exhibition On Peacock Island at Focal Point Gallery, Southend-on-Sea.  A key protagonist in both projects was Stephen Tennant whose drawings I had previously included in Weekend in Valmouth, an exhibition which I curated in 2011 at Ancient & Modern, London and Silver Mirrors, Silver Wood, an arrangement of contemporary and historical artworks, 18th and 19th century objects d'art and furniture realised in 2014 for Ancient & Modern's booth at the Frieze Art Fair, London.

The book Gutters of Gold takes its title from a project that Stephan Tennant envisaged in 1925 when he contemplated a novel about 'high life with a capital H & full of crude impossibilities'. He favoured amongst other titles The Monkey House and Gutters of Gold. As with many of his projected publications the book failed to materialise and I endeavoured to resurrect it in the guise of an artist's publication realised with Black Dog Publishing. The book features a selection of my paintings, collages and photographs which overlap and underlie Tennant's drawings and personal ephemera. Reflections on landscape gardens and water-features, Greek antiquities and ruination, horticulture and 18th century découpage emerge as joint preoccupations that shift and expand in proximity as they unfold in a succession of scenarios which I conceived under evocative chapter headings.

The exhibition On Peacock Island revolved around my interest in art and design practices rooted in the 17th and particularly the 18th century, exemplified here by folly architecture. I was especially intrigued by the role water features have played in the conception of these structures and developed a wall treatment (with Fraser Muggeridge studio) for the main gallery space consisting of a series of posters which covered the entire wall space. The posters were based on photographs I had taken of details of a stone relief of running water which was designed by André Le Nôtre (1612-1700) for the gardens of the Palace of Versailles. Following the idea of the folly as the embodiment of the exuberant and ultimately foolish undertaking, I installed a working cascade in the gallery's foyer cabinets and a truncated column pasted with prints depicting details from architectural features found in the City of London in the second exhibition space. Further representations of water and its reflective qualities featured prominently on the large silver panels in the main gallery, as cut-up snippets in the collages displayed throughout the exhibition and in the photo-collage work in the window gallery. Additionally On Peacock Island incorporated my curated display of drawings by Stephen Tennant which were shown on top of the wall treatment in the main gallery. All work by Stephen Tennant was made available to the public for the first time on this occasion.