Sport is a vital aspect of the overall student experience at Kingston University. In recognition of this, the University has invested in valuable improvements to Tolworth Court sports ground, the centrepiece of which is the new sports pavilion.

What is in the building?

The building replaced the previous pavilion, which was more than 35 years old and unable to meet the demands of both a large university community and the local schools and clubs who already made extensive use of the University's sports pitches.

The new pavilion is a two-storey structure containing:

The building has been designed to make use of various technologies to minimise its environmental impact including a ground source heat pump and solar thermal panels for hot water heating.

What else has been improved?

Work has also been undertaken to enhance the excellent playing areas and surfaces at the ground over recent seasons. New drainage has been installed to nine of the sixteen grass pitches which has brought four pitches into use for the first time.

Two new cricket squares have also been laid, one with an artificial practice strip. In addition, the hard court area has been refurbished with improvements made to the playing surface as well as the installation of new kickboards, fencing and windbreaks.

Car parking has been improved at the site and there will also be dedicated spaces for coaches and minibuses. A bicycle rack has also been installed to encourage green methods of travel. 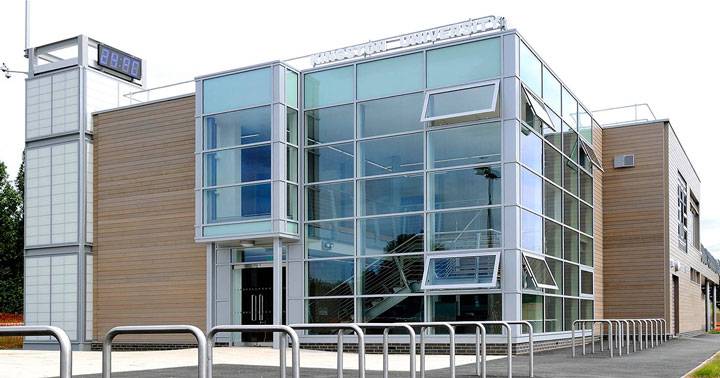 Take a tour of Tolworth Court