Kingston University is now a world-class centre of excellence for expertise and primary resource material on the life and work of the renowned twentieth-century novelist and philosopher Dame Iris Murdoch (1919-1999). The University has a long-term research interest in Iris Murdoch and holds extensive archives of her private libraries, her books, letters, publications and other smaller related archives and materials. This Special Collection provides a world-class resource not only for Murdoch scholars but also for researchers on twentieth century literature, philosophy, politics and theology. The Iris Murdoch Archive Project disseminates expertise on Murdoch's work under the Directorship of Dr Anne Rowe, a leading Murdoch scholar who publishes widely and lectures internationally on Murdoch's work. Murdoch's novels and philosophy are taught on the undergraduate and postgraduate degree courses within English Literature; Kingston University Press publishes the Iris Murdoch Review and is also the home of the Iris Murdoch Society, which has a world-wide membership.

Biennial international conferences on Murdoch have been held at Kingston University since 2002 and the seventh conference, 'Archives and Afterlife', was held there on 12 and 13 September 2014. These conferences habitually attract over 100 delegates from around fifteen countries, and in 2014 the conference celebrated ten years of the Murdoch Archives at Kingston University. It focused on how research undertaken in the Murdoch Archives has impacted on Murdoch scholarship. An exhibition of letters from Iris Murdoch to the painter Harry Weinberger, along with a selection of his paintings, took place in Kingston Museum from 5 - 27 September 2014 to coincide with the conference.

Iris Murdoch is now widely regarded as one of the most distinguished, prolific and intelligent of post-war British novelists as well as a deeply original and adventurous philosopher of the first importance. She wrote 26 novels between 1954 and 1995 and among many other prizes won the Whitbread prize in 1973 for The Black Prince and the Booker Prize for The Sea, The Sea in 1978. Two of her philosophical works, The Sovereignty of Good in 1970 and Metaphysics as a Guide to Morals in 1992, broke new ground in re-introducing ethics as topic for discussion within the British philosophical tradition. Since the publication of Iris Murdoch, Philosopher (edited by Justin Broackes, Oxford University Press, 2012), Iris Murdoch's philosophy is earning an increasingly high profile in mainstream philosophical debate.

The last decade has already witnessed a renaissance in Murdoch scholarship worldwide, largely due to a revival of the relationship between ethics and literature as an aspect of contemporary philosophical and literary debate. This renewed interest in Murdoch is generating international interest. The Metu British Novelists Conference in Ankara Turkey took Murdoch as its subject in 2008; the University of Barcelona hosted an exhibition on Murdoch in 2008-9, and the University of Porto in Portugal hosted a conference on Murdoch in 2009. In 2011, the Royal Society of Literature hosted a discussion of Murdoch's work at the Courtauld Institute in London and more than 200 people attended. A talk by the journalist and broadcaster Bidisha, also run by the RSL at the National Portrait Gallery in 2012, attracted a similar number. In August 2012, the BBC broadcast a 'Head to Head' programme on freedom and determinism in the philosophy of Iris Murdoch and David Pears. Between May 2012 and July 2013 the Iris Murdoch Archive Project ran a Community Project based on the letters of Iris Murdoch to the philosopher Philippa Foot with the help of a grant of £107,000 from the National Heritage Lottery Fund. In the past two years over 1,300 items from the Murdoch archives have been issued to visitors for research or other purposes. A conference on Iris Murdoch is being planned at Oxford Brookes University early in 2014. The Roma Tre University in Rome will hold its first international conference on Iris Murdoch's Philosophy in February 2014 where Dr Anne Rowe, the Director of the Iris Murdoch Archive Project, will be a plenary speaker. These events, and the many recent publications on Murdoch in the UK, Europe, Japan and the USA, pay testament to the intellectual strength of current Murdoch scholarship, and the importance of her work not only to academia but also to British heritage.

The Iris Murdoch Collections currently include the heavily annotated library from Murdoch's Oxford home. (The Oxford library, valued at £150,000, was purchased with the help of a £20,000 grant from the V&A Purchase Grant Fund in 2004.) It also houses the working archive of the acclaimed Murdoch scholar and Iris Murdoch's Official Biographer Peter J. Conradi (see Iris Murdoch: The Saint and the Artist [London: HarperCollins, 2001] and Iris Murdoch: A Life [London: HarperCollins, 2001]). The Conradi archive includes many interviews and letters to significant figures in Iris Murdoch's life, including the Nobel Prize-winning writer, Elias Canetti. Other acquisitions include: Iris Murdoch's library from her London home in Cornwall Gardens; her unpublished book on Heidegger; her notebook on Sartre, and other individual items that have been bought or gifted since 2004. These include 150 letters to an American writer, Roly Cochrane; more than 150 letters to the Canadian teacher and scholar, Scott Dunbar, and more than 100 letters to the painter, Barbara Dorf. In addition, 180 letters from Murdoch to an Oxford contemporary, Denis Paul, were purchased with the help of a grant from the Friends of the National Libraries in 2009. In 2010 the University acquired on permanent loan the letters from Murdoch to her Oxford friend, Hal Lidderdale, and most recently it has been gifted a run of between 300-400 letters from Murdoch to the painter Harry Weinberger, in which they discuss the work of many great painters.

The most significant acquisition since 2004 is the run of 164 letters to the French writer Raymond Queneau. Written between 1946 and 1975, this crucially important letter run, which ranges over subjects such as Murdoch's embryonic writing career, her emotional well-being, her thoughts on God and on numerous philosophers, now provides fresh primary source material for researchers wishing to track Murdoch's intellectual development and identifies previously undetected influences in her novels. This purchase was supported by the V&A Purchase Grant Fund; the National Heritage Memorial Fund; the Breslauer Foundation (USA); the Friends of the National Libraries, Kingston University and the Iris Murdoch Society. The acquisition was reported in the Guardian, Daily Telegraph, the Sunday Times and other national newspapers. The story was also covered by the French and Italian Press and Dr Rowe was interviewed on Radio Moscow and on BBC Radio 4's Woman's Hour. In 2012 the Centre acquired over 250 letters from Iris Murdoch to her lifelong friend the philosopher Philippa Foot with the help of a grant of £107,000 from National Lottery supported by the Heritage Lottery Fund. This acquisition, and a related community project designed to break boundaries between academia and the local community, received wide national press coverage in the Times and the Irish Times, the Telegraph and the Guardian newspapers as well as on BBC Radio Dublin. The extent of this reportage demonstrates the level of public interest in Iris Murdoch's life and work in addition to her established intellectual and cultural significance to academia and British Heritage generally.

For the most up to date information on new archival collections please visit the Archives blog.

Information about the archives is also available online.

Researchers attached to the project are: 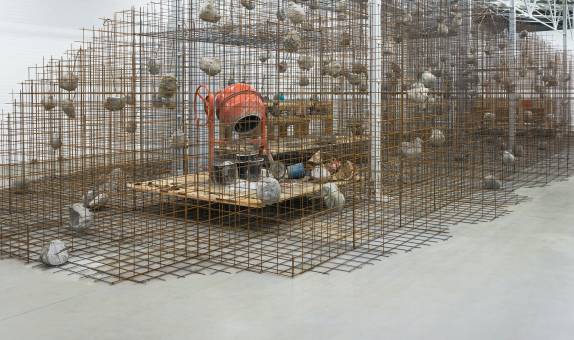