2019 round up: Highlights from a fantastic year for Kingston alumni 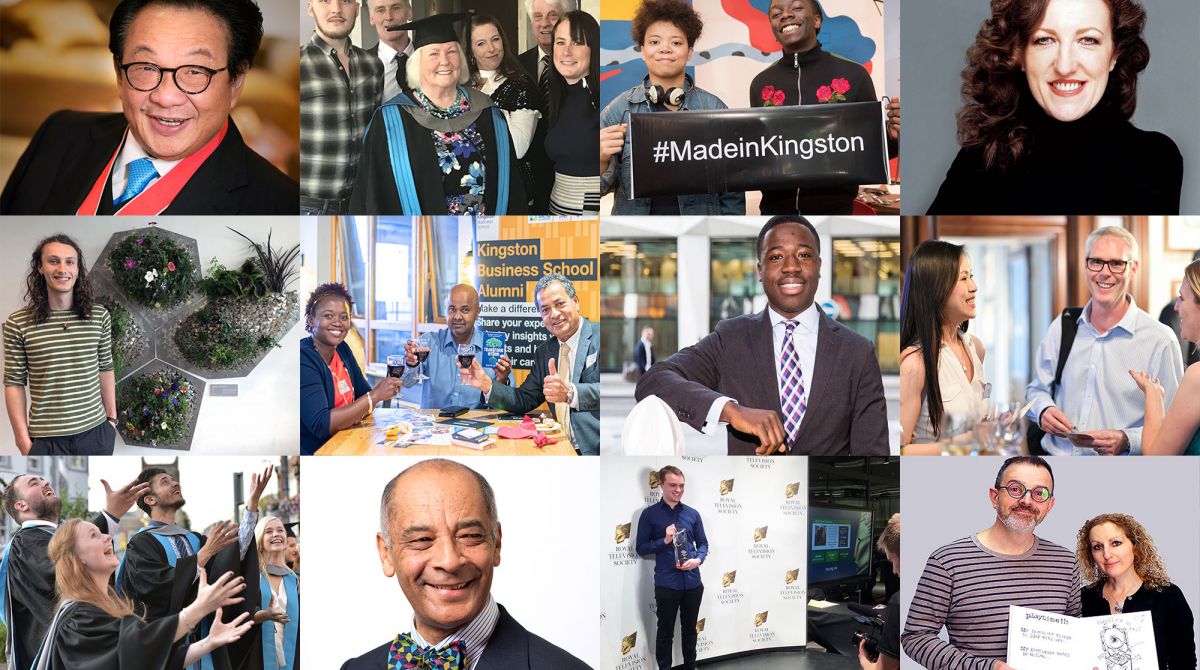 A Dame, a Knight, and a host of industry award winners! In 2019, Kingston alumni have achieved success and been recognised for contributions in the arts, business, science, health and social care. It's been a year that has seen Kingston receive a nomination for 'University of the Year', and a calendar packed with alumni events across the globe. Here's just some of the highlights from 2019.

In January, fashion alumna and Harper's Bazaar editor-in-chief Glenda Bailey was named a Dame in the New Year's Honours list, recognising her distinguished career in journalism and publishing.

Our winter graduation ceremonies celebrated the achievements of more than 2,000 postgraduate students, who also contributed to a record-breaking 2018 Graduating Class Gift of £3,751 to support future students. Graduates included Hilary Forde-Chalkly who received her MA in Creative Writing at the age of 82, and rocket scientist Dr Jack-James Marlow who graduated with a PhD after completing a decade of studies at Kingston University.

Later in the month, founder of Metro Bank and honorary graduate Vernon Hill delivered a guest lecture in our Strategy into Practice series.

In February, students pitched business ideas to a panel of expert judges made up of Kingston alumni and friends in our Bright Ideas Grand Final. We welcomed Kingston alumni back on to campus for a drinks celebration at the Knights Park bar in Kingston School of Art.

We launched our 'In Conversation With' series, which features Kingston alumni and friends exploring a current topic impacting student and graduate experiences. The first event, In Conversation With Edwina Dunn, founder of the Female Lead and honorary graduate, examined the impact of the low number of female role models in STEM.

Hundreds of Kingston and St George's students celebrated at the graduation ceremonies at Royal Festival Hall in March, where leading social work researcher Professor Shulamit Ramon received an honorary degree. Kingston was praised for our support of care leavers by Government Ministers Chris Skidmore and Nadhim Zahawi during a visit to the university. 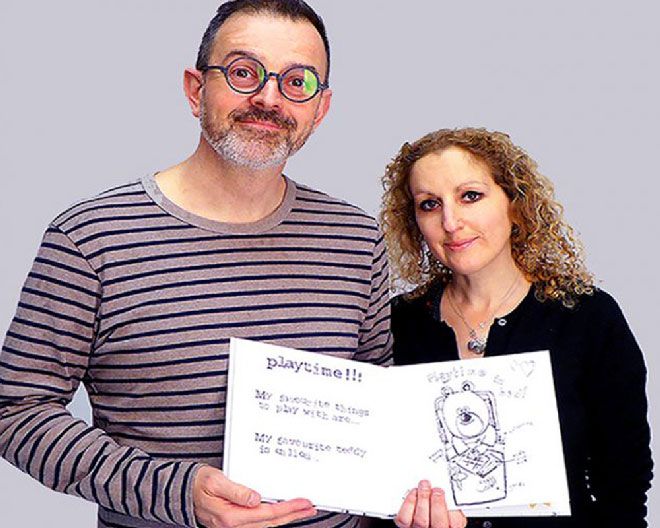 The month was packed with alumni events, including an Upgrade Masterclass 'Turn your idea into an award-winning business' with graphic design alumni Rowan Minkley and Rob Nicoll, and a Strategy into Practice seminar with alumnus and founder of the Lebara Group, Yoganathan Ratheesan. The In Conversation With Sir Kenneth Olisa, Lord-Lieutenant of Greater London and honorary graduate, discussed issues around social mobility in higher education.

In April, Illustration animation graduate Matt Armitage's three-minute production, Brass, won at the Royal Television Society regional student awards. Economics alumnus Reggie Nelson was featured in the national media, talking about his journey from a council estate in East London to his dream job in the City of London.

It was another busy month of alumni events, including an Upgrade Leadership Breakfast in central London with an alumni panel, and Strategy into Practice seminar with alumnus Tim Young, examining the decade after the global banking crisis. Our In Conversation With Sir Brian Leveson examined culture, practice and ethics in journalism and launched Kingston University's Discover Leveson project. The In Conversation With Jo Fairley, co-founder of Green and Black's, looked at how the global chocolate brand was developed.

A new report by Universities UK and National Union of Students released in May highlighted Kingston University's leading role in closing the BME attainment gap. We celebrated the 137 alumni mentors who participated in this year's Beyond Barriers scheme to support current students to achieve their potential.

Kingston film students and graduates were selected for the first round of nominations for New Creatives, a national initiative launched by BBC Arts and Arts Council England which supports emerging young artists. 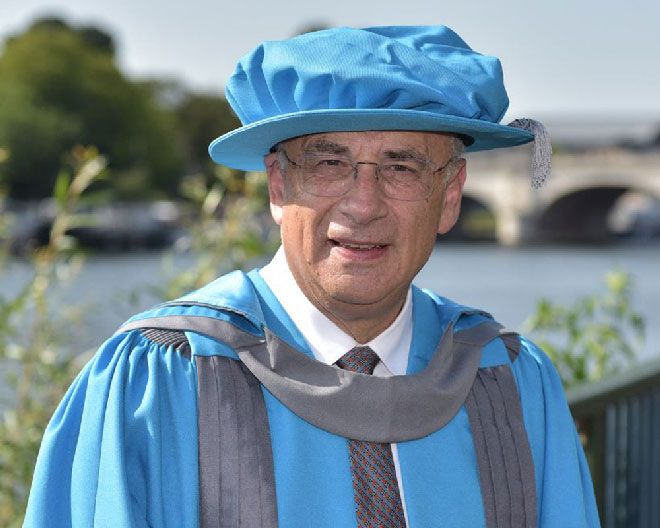 Leading judge Sir Brian Leveson was among those awarded an honorary degree by Kingston UniversityIn July, we celebrated with over 2,600 new graduates in the summer graduation ceremonies as they joined our Kingston alumni family, as well as a number of honorary graduates, including leading judge Sir Brian Leveson, human rights campaigner John Azah OBE and designer John Mooney. Sociology alumnus and homelessness campaigner Matthew Downie, and Kingston honorary graduates Edwina Dunn and Clive Humby were recognised in the Queen's Birthday Honours.

Our Alumni Champions Celebration in September, marked the contribution of our amazing alumni volunteers and donors through mentoring, careers support, and funding scholarships and bursaries.

Design alumnus Will Bloomfield's modular wall planter design was featured at the London Design Festival. Will won the engineering category at Bright Ideas, and credits the competition for helping him to develop the concept. Nursing alumna Neomi Bennett picked up two national awards, from the Royal College of Nursing Institute and the Pitch@Palace, for her innovative Neo-slip stocking aid. 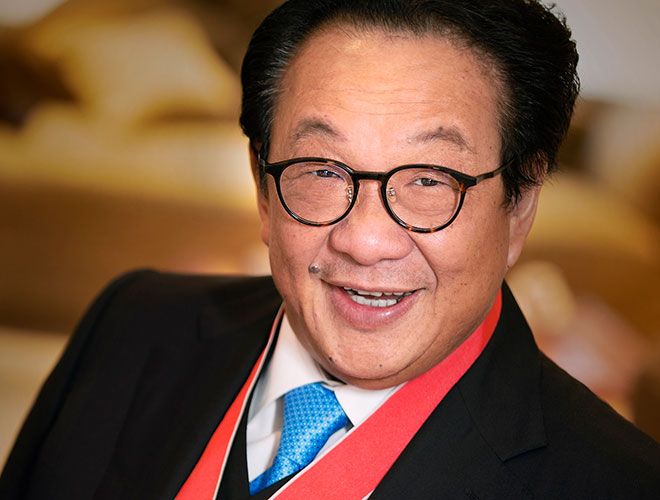 Kingston University received a nomination for 'University of the Year' at the UK Social Mobility Awards. The nomination recognises our commitment to fair access and inclusivity in higher education, through initiatives like KU Cares which supports care leavers and young adult carers. Later in the month, we signed a new three year partnership with Santander Universities, creating more opportunities for students to shine through scholarships, bursaries and enterprise education.

Kingston alumni joined our Civic Showcase at the Guildhall to celebrate Kingston University's impact in the local community. The event featured live music, dance performances, panel talks, and tours of our state-of-the-art 'lab in a lorry'. 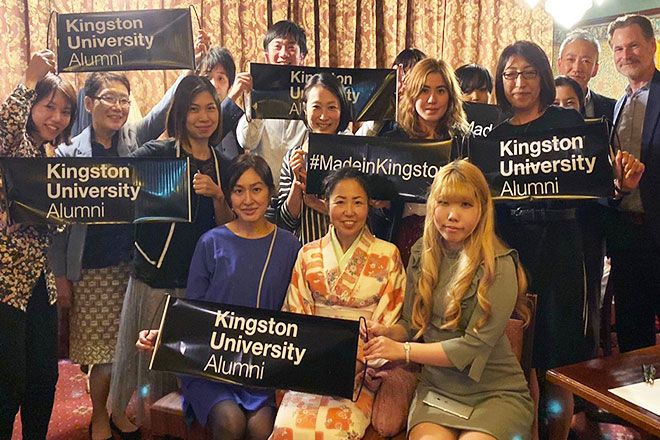 Kingston is Global 2019 celebrations in Tokyo

In December, honorary graduate Sir Kenneth Olisa returned for the last Strategy into Practice seminar of the year, to talk about the evolution of a digitally enhanced business world. In this month, we completed our 6-week Inspire the Future winter campaign, and our student caller team had more than 1,500 conversations with Kingston alumni, and raised an amazing £96,000 to support current students and projects at Kingston University.

We know we have only scratched the surface of the achievements of Kingston alumni in 2019. Share your stories by emailing us at alumni@kingston.ac.uk with your news.