2022 round up: Celebrating highlights from the Kingston community 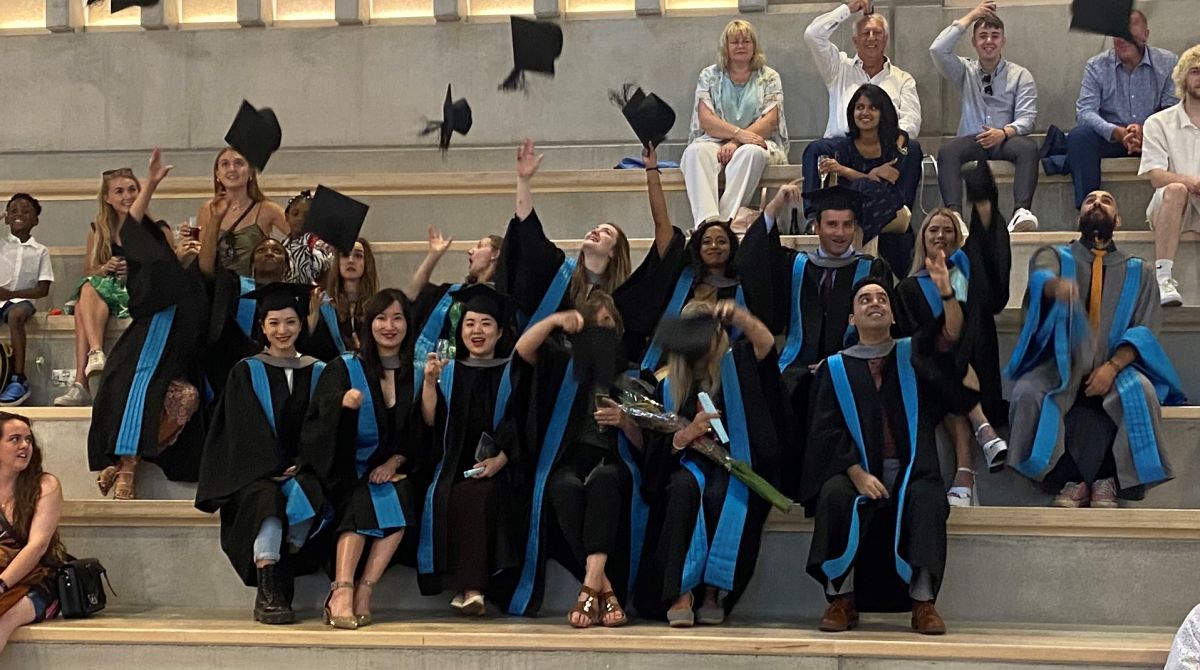 Getting back to getting together in 2022

A celebration of Kingston alumni achievements and the different ways alumni have been getting involved with the Kingston community in 2022. Here are just some of the highlights.

In January, law alumna Pamela Hutchinson, Global Head of Diversity and Inclusion at Bloomberg LP, was recognised for services to the financial sector in the New Year Honours list. Also recognised was honorary graduate Paul Greengrass, award-winning director of the Jason Bourne films. 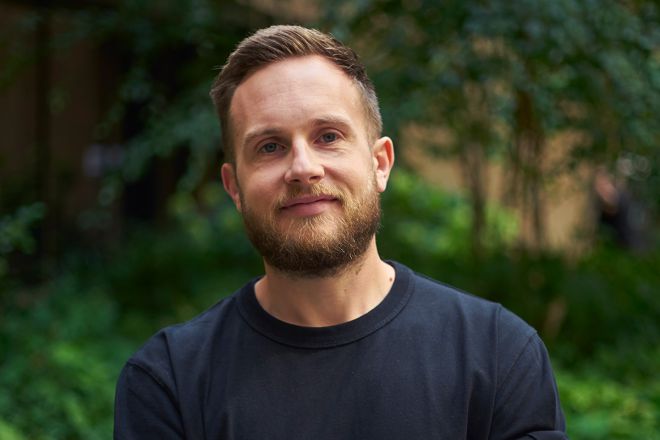 The enterprise theme continued in March with our Upgrade Masterclass on How to Deliver a Winning Pitch with Kingston alumni Christian Facey, Ana Pavlovic, Craig Pirtle and Yuliana Topazly highlighting the importance of authenticity and positive mindsets.

We kicked off our Spring Inspire the Future Campaign! Over 3,500 Kingston alumni picked up their phones to chat with our student team and donated a staggering £78,255 to support initiatives like KU Cares and the Hardship Fund.

In April, we launched the Winch Design Scholarship, funded by design alumnus Andrew Winch, to support talented creatives to access higher education. The Town House picked up the EU Prize for Contemporary Architecture – the Mies van der Rohe Award – recognised as the most prestigious award in European architecture.

The wait was finally over! In May, almost 5,000 graduates crossed the stage and celebrated their academic achievements at our graduation ceremonies at Twickenham Stadium, which had been delayed due to the Covid-19 pandemic. This included 85-year-old Member of the House of Lords, Martin Thomas, collecting his PhD and declaring that no one is ever too old to keep learning.

The celebrations continued as our Beyond Barriers alumni mentors and student mentees came together at the Town House to mark the achievements of those who took part in this year’s student mentoring scheme. The KU Big Read announced this year’s book, The Gravity Of Us, by best-selling author and – in a special plot twist – a Kingston University publishing alumnus, Phil Stamper.

Law alumnus Gosbert Chagula, co-founder of the Startup Discovery School, teamed up with Kingston University and HSBC on a new initiative to develop the next generation of entrepreneurs.

In June, Kingston University ranked number one for graduate start-ups in the UK, demonstrating the impact of Kingston Alumni Champions supported initiatives like Bright Ideas, the Nest and HackCentre. We also launched our Future Skills report at the House of Commons, part of a major campaign highlighting the importance of skills for innovation.

We hosted a Kingston Alumni reunion at The Churchill Tavern in New York, including special guest Phil Stamper. 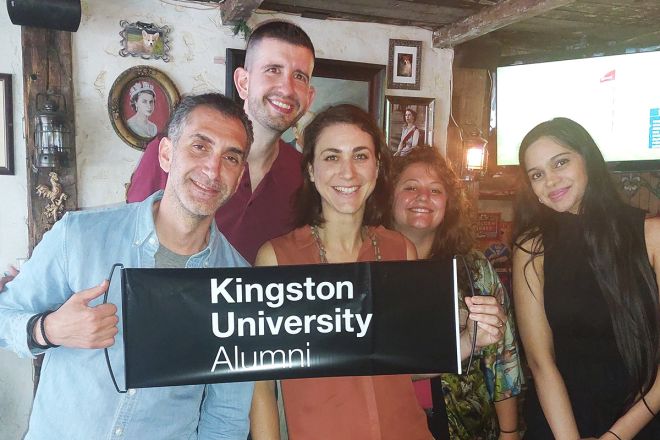 Kingston alumni at The Churchill Tavern in New YorkIn July, we celebrated the academic achievements of almost 4,000 students in our summer graduation ceremonies at the Rose Theatre and reception at the Town House. The ceremonies also recognised the contributions of former Bupa CEO Valerie Gooding CBE and former Attorney General Dominic Grieve QC, who received honorary doctorates.

The spotlight turned to sport, culture and media. In August, drama alumna Asha Philip won a silver medal with the 4X100 Women’s Relay team, and business alumnus Will Calnan won a bronze medal with the Men’s Hockey team at the Commonwealth Games.

In October, a group of Kingston School of Art students, alumni and academics, the Storybox Collective, launched a new Finding Ways In exhibition in collaboration with Glyndebourne Opera House, and fashion alumna Emily Clarke won the ARTSTHREAD Sports and Denim Award at the Global Design Graduate Show 2022 in collaboration with Gucci.

With COP27 on the agenda in November, we were excited to be joined by Kingston alumni Kevin Golding-Williams, Ahsan Khan, Attiya Khan and Louisa Pavey for an Upgrade Masterclass on Encouraging Sustainable Choices exploring how to incentivise, empower and enable change.

Kingston Business School students and graduates were invited to the House of Lords for the launch of the Next Generation Report to discuss the future of entrepreneurship.

Kingston University launched The Centre for Graduate Success, funded by a £1.7m award from The Mohn Westlake Foundation, set up by Marit Mohn (Law, 1994) and her son Stian Westlake, to ensure all students have equal opportunity to thrive in their careers.

In December, our Autumn Inspire the Future Campaign came to a close, raising over £60,000 for the Student Hardship Fund, demonstrating the incredible support and generosity of Kingston alumni - thank you.

In 2022, Kingston students have also been raising funds through the Kingston Alumni crowdfunding site, KUBacker, with 41 projects raising nearly £45,000 for student societies, projects and activities to enrich their Kingston University experiences.