2018 round up: A remarkable year for Kingston University alumni 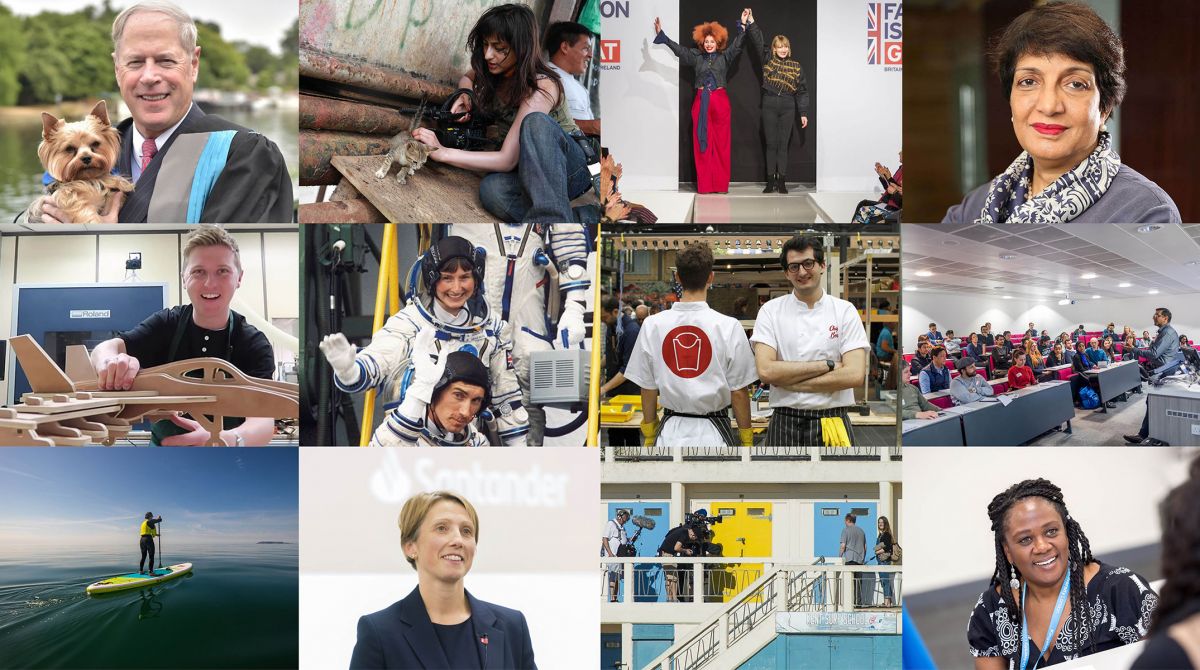 From OBEs and Influential Leader lists to award-winning startups and documentaries, 2018 has been another remarkable year for Kingston University alumni. Our graduates continue to be an inspiration to current and future students at Kingston, and we've shared just some of the highlights below. 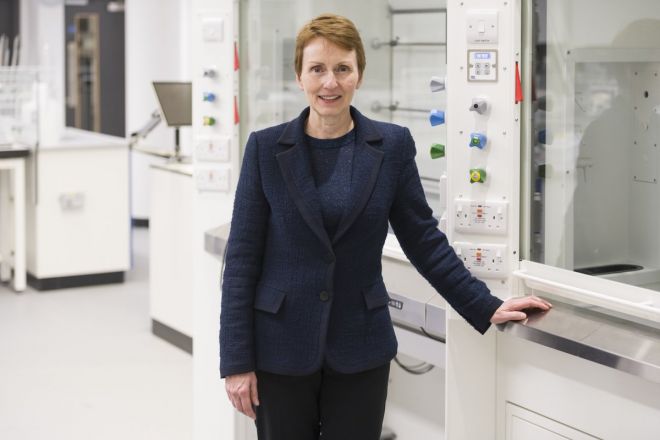 Former technical manager Helen Sharman OBE was among those featured on the New Year's Honours listIn January, six alumni and three honorary graduates were among those recognised in the New Year's Honour list, including nursing alumna and entrepreneur Neomi Bennett, and former Kingston University technical manager and the first Briton in space, Helen Sharman OBE.

We celebrated the achievements of more than 1,500 students as they joined the alumni family at our winter graduation ceremonies, where the graduating class raised a record-breaking £3,480 for current and future students at Kingston, as part of their Graduating Class Gift.  Later that month, we raised a glass to all things Kingston at an alumni reunion in Dubai.

February saw more than 100 students pitch their business ideas to a panel of industry judges, including 29 high-flying alumni at our Bright Ideas competition. Alumnus and Global Head, Consumer Product & Segment Marketing at HP Azmat Ali, who flew in especially from Silicon Valley, also hosted our first Upgrade Masterclass of 2018 the following day, on 'Developing a growth mindset'. 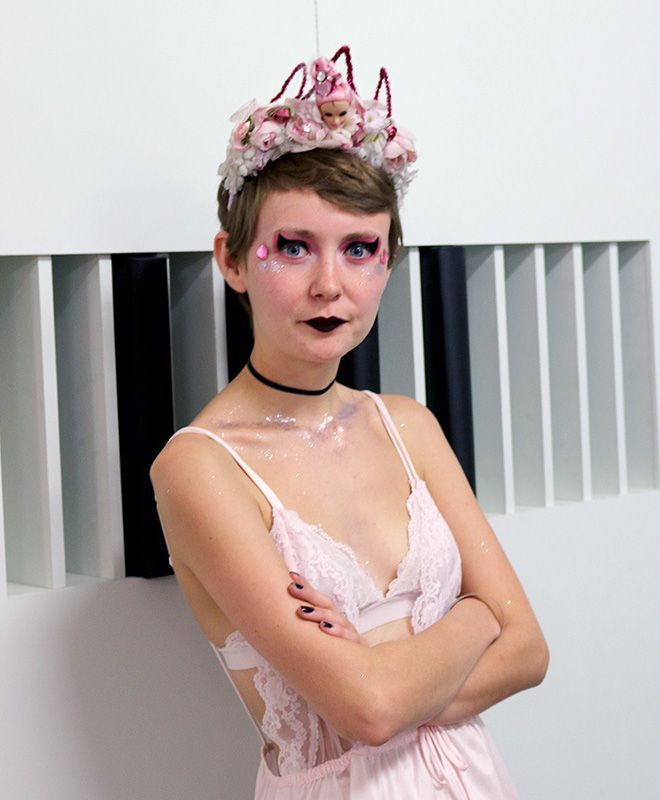 In March, pioneering Kingston Business School alumna Sima Kamil was recognised as a 2018 Influential Leader by global business education network AACSB, and Biochemistry alumnus Rui Jaime was named in the list of 100 Most Positively Inspiring African Youths. Alumni in Turkey also gathered for a drinks reception in Istanbul.

As the year moved into spring, April saw YouTube star and Kingston School of Art alumnus Sean Elliott O'Connor back on campus to remake his favourite piece of coursework, and alumna Michelle Raymond delivered an Upgrade Masterclass on the changing world of work. We visited Hong Kong at the end of the month, where 20 alumni joined us for a reunion in Kowloon.

A moving documentary created by alumna Sarah Begum about the inspirational journey of award-winning nurse and fellow alumna Neomi Bennett won the runner up prize in the Nespresso Talents awards in May, and a group of Kingston Business School alumni gathered for a reunion in Singapore.

This month also saw the end of our spring Inspire the Future campaign, where a team of 30 current students had more than 5,000 conversations with alumni, raising an incredible £124,610 in just nine weeks - £30,000 more than ever before.

In June, we welcomed alumni to campus to celebrate our impact on the Kingston borough at the Civic Reception. As well as getting an exclusive tour of the new Town House building, guests heard from alumnus and Financial Times design and architecture critic Edwin Heathcote, who joined a panel of experts from the field of architecture. 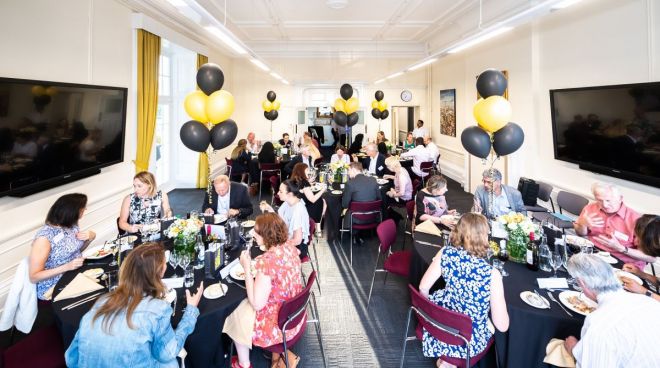 Kingston Business School held a ‘Thank You' dinner for alumni who have volunteeredDuring Volunteers Week, we recognised our global family of alumni volunteers, who this academic year had donated more than 447 hours of their time to support students at Kingston. We also held a special 'Thank You' dinner at the Kingston Business School, recognising the invaluable contribution our KBS volunteers make to our students.

In July, we celebrated the achievements of 2,700 students as they graduated into the Kingston University Alumni family, as well as eight honorary graduates, who were recognised for their outstanding contribution to a specific field or area in society. Among those honoured included founder of Metro Bank Vernon Hill and the couple behind the Tesco Clubcard, Edwina Dunn and Clive Humby. Alumni Craig Beresford, Sir Kenneth Olisa, Roy Arora and Julian Gangoli were also recognised with honorary awards.

Kingston Business School launched its MBA network to alumni and students later this month at a celebration event at Shakespeare's Globe.

Alumnus Robert Rakison hosted law students ahead of the International Criminal Court Moot competition in August, and an incredible donation of £835,000 made by a Kingston University graduate has enabled us to boost support for students from disadvantaged backgrounds. 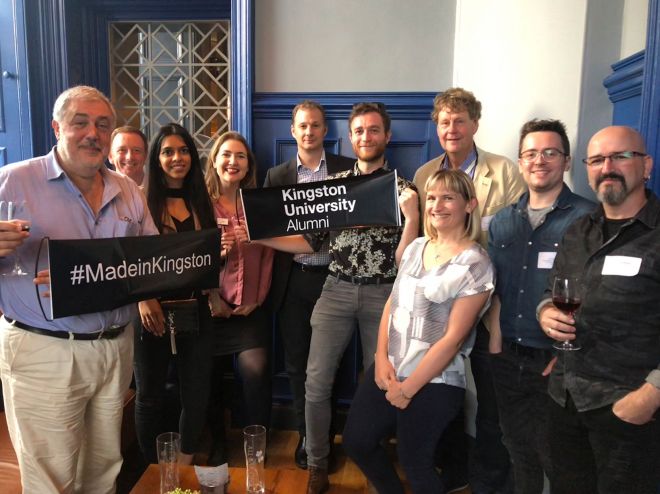 September saw a new term at Kingston University, and a fresh cohort of students arrive on campus. 11 alumni joined us during induction week to meet our new postgraduate students, and a record-breaking 174 of you signed up to mentor a student at Kingston.

In October, alumnus Antonios Marinis won a competition to design an Instagram logo for the Iris Murdoch Society and more than 200 Kingston Business School alumni, students and staff celebrated 20 years of the Moscow MBA programme.

More than 100 alumni, students and staff attended our Upgrade Masterclass on the 'Future of Digital Marketing', hosted by a panel of industry experts including alumnae Helen Robinson, Jill Pringle and Kaya Cheshire. Overseas, we held our first alumni reunion in Nigeria hosted by Jamil Abubakar, and Deputy Vice-Chancellor, Professor Martyn Jones hosted a small reception in New Zealand. 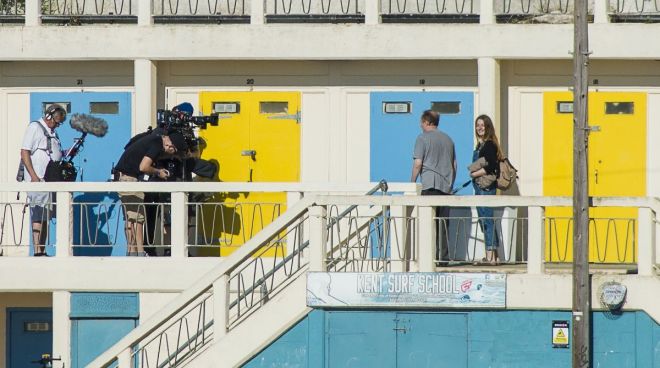 Lorna Wheele on location at Broadstairs in Kent where she was featured on the Sky Arts showKingston School of Art alumni were in the Spotlight again this November, as Rowan Minkley and Rob  Nicoll won the Santander Universities Entrepreneurship Award for their eco-friendly Chip[s] Board material, while Lorna Wheele earned a spot on the Sky Arts Landscape Artist of the Year competition.

This December, more than 100 of you joined our Alumni Champions Volunteer Scheme, ensuring they're the first to know about upcoming volunteering opportunities.

Get in touch! We know we have only scratched the surface of a whole wealth of exciting achievements for Kingston alumni in 2018. Share your stories by emailing us at alumni@kingston.ac.uk with your news.